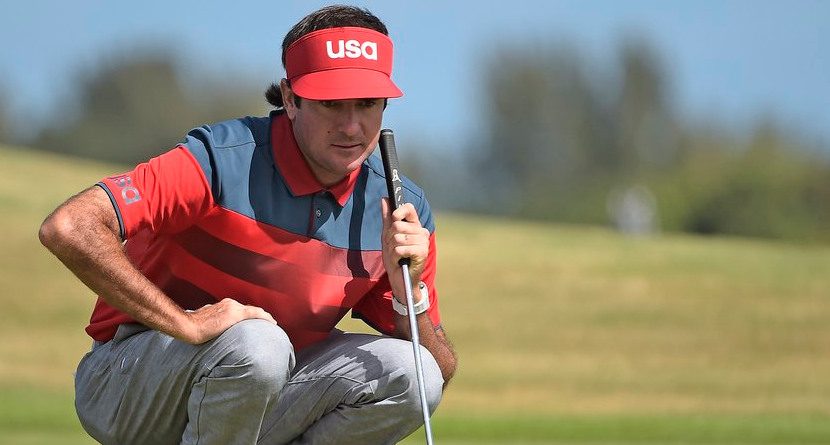 Golf is hard, even for professionals. Exhibit A: Bubba Watson.

On Saturday afternoon during the third round of the Olympics, Bubba had a 35-foot birdie putt on the par-3 14th hole that seemed fairly routine.

He stalked the putt from all angles, lined it up, and like a true amateur, he hit it SIX FEET. This is not a typo. Six feet, leaving a cool 29-footer for par, which he went on to miss.


“It was hilarious. What can you do?” Bubba said afterwards, according to  Steve DiMeglio from USA today. “It was one of those freak things you have to laugh off and keep going. … That will be talked about for years.”

Of course, Bubba blamed it on mud:

“You could see me recoil, trying to stop, because I didn’t know what it was,” Watson continued. “I looked down and I was like, that’s mud, where did it come from, or dirt, whatever you want to call it. Mud putter.”

The most amazing thing is that this isn’t the first time he used mud for an excuse.

Next time you’re with your buddies and hit one wayward, try blaming it on the mud. They may laugh at you, but they’ll have to believe it.