Bubba On Anxiety: I Thought I Was Going To Die 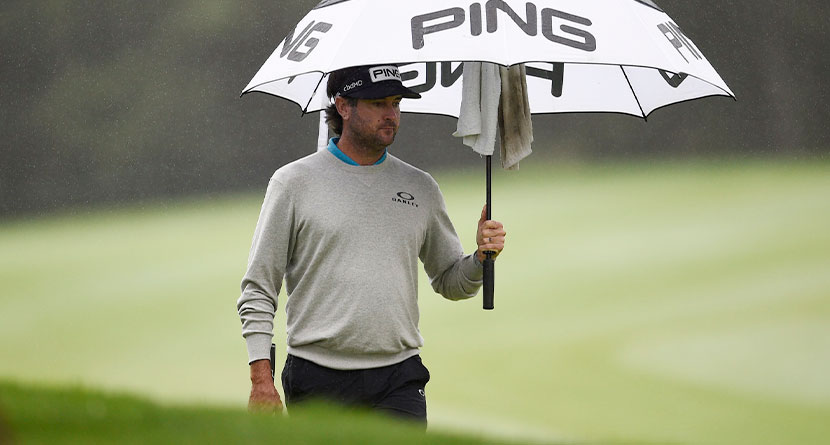 Bubba Watson has long been one of golf’s quirkiest characters, a personality he readily acknowledges and accepts, but over the course of the past two years, Watson has begun to speak out about some of his quirks and reveal that many of them are coping mechanisms he has used to conceal some mental health struggles.

Speaking to Steve DiMeglio of Golfweek.com, Watson opened up about his battle with anxiety and the impact it has had on him both on and off the golf course.

DiMeglio opened his story with a chilling lede, detailing Watson’s struggles getting to sleep and the constant contemplation of his own mortality.

On multiple occasions, Watson’s anxiety would manifest itself in hypochondriac tendencies that would result in the two-time Masters champion rushing to the hospital because he thought he was having a heart attack.

“I’ve always known he’s had fears and worries,” Watson’s longtime caddie Ted Scott said. “But when he started losing all that weight, I knew that wasn’t good. Especially because he kept going to the doctor and the doctors were telling him he was fine. They kept running tests. When you get to that stage, something had to be going on with his brain. And he wasn’t thinking correctly, and that was causing him stress.”

The weight loss Scott referenced occurred about 18 months ago when Watson shed 30-35 pounds because the fear he felt was making eating near impossible.

⁦@bubbawatson⁩ on dealing with anxiety: “I thought I was going to die” https://t.co/VpfzlCMT88

“I’ve sought help in many different ways, many different forms, trying to overcome it,” Watson said. “It really comes down to me being nuts. I’m trying to make light of it because using humor helps. But it’s all in my head. It’s all anxiety.

“I think more people are speaking out about mental issues and I want to be one of them. I think it’s the only way to get through it. We’re designed to talk to people, to air it out, and get help. I am old enough now to realize my life is a waste if I don’t share, if I don’t try to get better myself so I can help other people.”

Through his inner circle and his faith, Watson says he’s come out on the other side better than ever, posting his best finishes since the resumption of play in the past few weeks, a tie for seventh in the CJ Cup at Shadow Creek and a tie for fourth in the Zozo Championship at Sherwood, with a unique Masters right around the corner.

“I’ve noticed a difference in the way he is handling stress on the course, especially at the U.S. Open,” Scott said. “At Shadow Creek and at Sherwood, he seemed to be in a great place to start competing again. Bubba obviously hasn’t lost the physical ability to compete. He’s pretty much of a freak. It’s all a matter of confidence, the willingness to put your ego on the line. He has to be comfortable in the spotlight and the last few weeks he has done that.

“I think he’s in a very good position going to Augusta.”

“I have to try and stay in balance. And right now I’m at an all-time high.”