Bubba Hit One Of The Craziest Drives You’ll Ever See 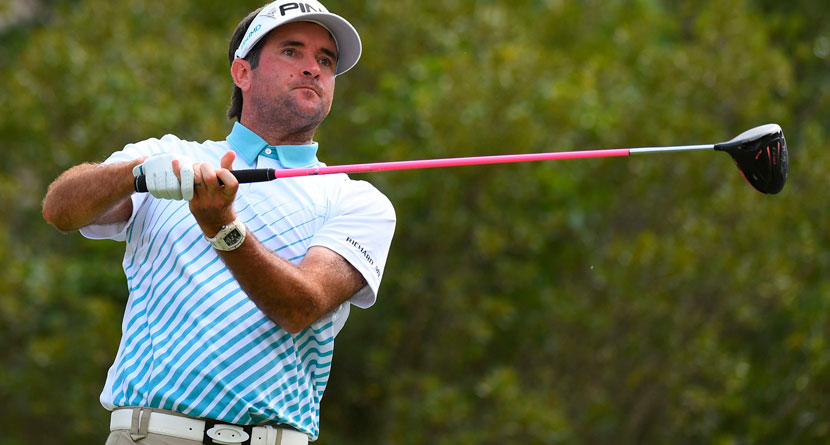 Watching Bubba Watson hit a golf ball is usually fun in and of itself, but on Sunday at Accordia Golf Narashino Country Club, Watson took his creativity to a new level.

Sitting well out of contention in the Zozo Championship, Watson approached the par-5 6th hole in a way that 99.9% of golfers would never even consider.

Perhaps a little more prone to trying a crazy line off the tee thanks to a bogey-double bogey stretch two holes earlier, Watson and caddie Ted Scott scouted an alternate route for the 562-yard hole. Teeing up 90° right of the typical line off the tee, Watson smoked a driver that defied convention while missing the hole sign and a few overhanging trees.

This is the CRAZIEST golf shot I have ever seen in my life!! Wait till the end!!!! @bubbawatson giving a new meaning to cutting the corner on the par 5 @zozochamp ? ? pic.twitter.com/UTHf0nfGl6

The shot turned the dogleg-right par-5 into a straight-away hole with a few lines of trees in his way. I had a swing, so I had a shot ??‍♂️ ? #urwelcome #HoleSignsDontStopMe

After all that, Watson made just a par. He would go on to shoot a final round of 5-over par and tie for 51st place.