Did Watson Hit The Longest Iron Ever? 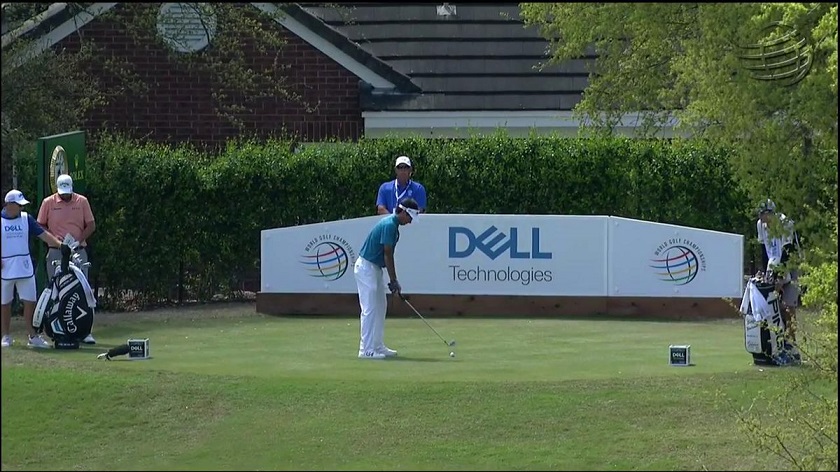 Bubba Golf is a thing.

If anyone has watched the unorthodox all power and “come-out-of your shoes” swing from Bubba Watson, it is quite a sight. There are few who that generate that much power and distance than the former Masters champion.

Watson has been known for big bombs, but his iron shot off the tee during his match-up with Marc Leishman on Day 2 of the WGC-Dell Technologies Match Play was stellar. Watson hit an iron shot for the ages that left the announcers impressed.

Watson has been impressive in his two days at the WGC. He starred in the opening round victory and is guaranteed a spot in the playoffs on Friday with a 3-and-2 win over Leishman. Leishman is now eliminated.

Watson was just one of several impressive performances on Thursday. Rory McIlroy avoided elimination from the tournament with 2-and-1 win over Jhonattan Vegas. McIlroy took advantage with a pair of wins at the turn and won the 13th hole to provide some separation heading into Friday’s final day of pool play.

Perhaps the most dramatic moment of the day came from Patrick Reed, who nearly holed out from the rough to beat Charl Schwatzel on 18. From off the fairway, Reed’s shot is mere inches short from 95-yards out.

It was a day of high drama in match play with Phil Mickelson rallying from an early four-hole deficit, including an 18-foot birdie putt to beat Satoshi Kodaira.

Other winners on the second day of the tournament include Jordan Spieth knocking off Haoton Li 4-and-2.

Spieth’s win sets up a showdown with Reed in a playoff, his good friend and teammate in previous Ryder and President’s Cup matches. This time, Spieth and Reed will play against each other in the marquee matchup on Friday.

“It’s going to be fun,” Reed said. “Any time I get to play with Jordan, whether it’s as a teammate or against him, it’s always a good day at the golf course. Hopefully, both of us go out and play really good golf and give all these fans something really fun to watch. Just have a good day.”

Spieth knows Reed’s game well and if it gets into a test of putting, Spieth knows he is at a disadvantage.

“He’s a phenomenal putter. He really is, especially in this format where he putts aggressively,”Spieth said of Reed. “And he walks into every putt really looking like it’s going in. So you kind of want to have those putts to win the holes instead of him having that in his hand.

“If I can have the ball in my hands more by the time we’re hitting our closing putts on the greens then certainly that’s a big advantage when you have a great putter like Patrick.”