Bubba Would Lay Up For A Bronze Medal 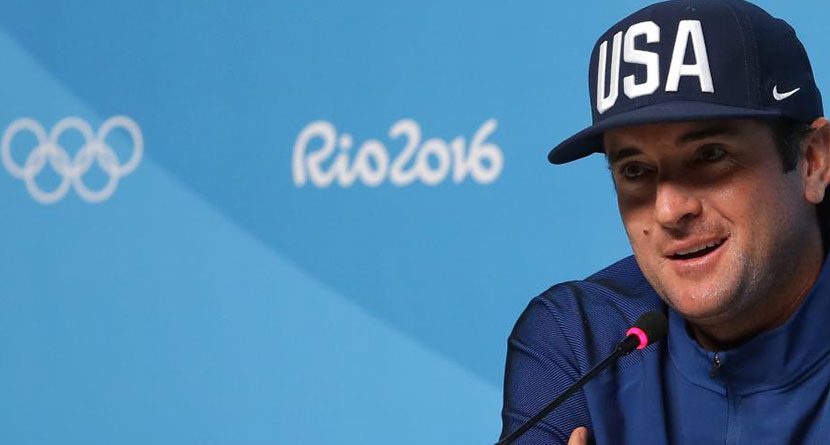 Bubba Watson is an enigma. Depending on his mood, Bubba would argue that the sky isn’t blue, so his stance on going for a gold medal or playing it safe to capture a bronze should come as no surprise.

“I’m going to lay up and go for bronze.” – a joking @bubbawatson at today’s press conference https://t.co/9rGBPrUgxf https://t.co/WQywaNf8OV

But he wasn’t joking!

“I’m gonna lay up and go for bronze,” he said, prompting laughter in the room. “What? Why is everybody laughing?”

A reporter immediately followed up, asking if Watson was serious.

“I am actually serious,” he said. “But, um, no, it’d be better to have bronze than nothing. But, um, no, it’s situational, you know what I’m saying? … Obviously, it’s different. There’s no money changing hands. It’s all about getting medals and competing to have that medal around your neck and being on the podium. So, yeah, it’s all situational. It just depends on where you are, what kind of lie you have and what it is at that time.

Bubba piped up after Rickie Fowler said what every other rational person would — paraphrasing — hell yeah, I’m going to take a risk to win gold. More or less, Rickie subscribed to the adage that no one remembers who came in second place, much less third. And while the Olympics does place some added emphasis on placing the top-3, no one remembers who did it.

You’re in the minority if you knew that George Lyon was the defending golf gold medalist. Do you know who came in third? Exactly. This makes as much sense as hitting an iron off of the tee at a long drive contest.

Oh wait, Bubba did that, too.