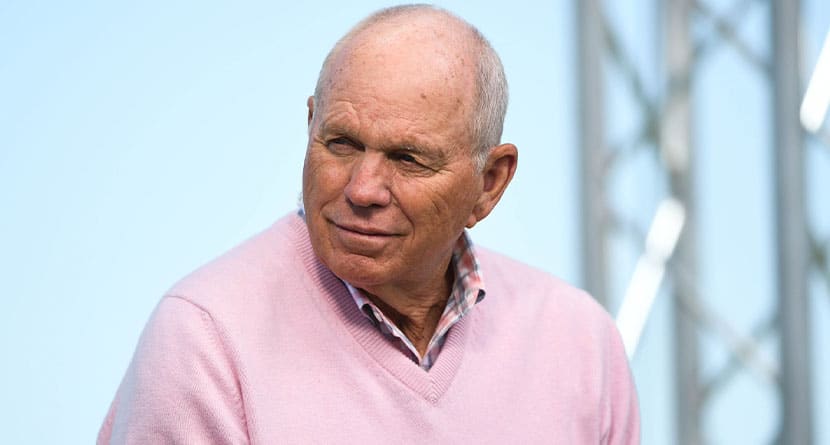 For any golf fan, the Masters is never too far from their mind, but with the tournament officially right around the corner, its presence looms even larger.

Two similarly omnipresent space holders in the golf fan’s brain are Tiger Woods and Phil Mickelson. And as two of the most popular and successful golfers of this era, no one has quite the insight into the two superstars as Butch Harmon does as a former swing coach to both pros.

While fans have gotten a little taste of the blossoming relationship between the two in recent years, Harmon shared a story that proved the somewhat-forced trash talk they engaged in for their exhibition matches comes from a legitimate place.

As Harmon tells it, he and Mickelson were working together at the time of the story and after a practice session, Mickelson invited Harmon to have lunch with him up in the Champion’s Locker Room.

“It’s a small locker room, if you’ve ever been in it. There’s only three tables in it,” Harmon said. “Phil’s at the middle table and there was somebody’s sandwich on the first table. So we sit down and Phil’s taking his pants off and Tiger walks in. That’s Tiger’s sandwich.

“Tiger doesn’t sit with us. About this time, Phil’s standing there in his underwear and he’s folding his pants over this chair. Tiger goes, ‘Dude, what are you doing?’

“Phil goes, ‘Look I don’t wear the cheap Nike sh*t like you do… Tom Ford makes my pants. I don’t want them wrinkled when I’m kicking your ass this afternoon when we play.’ And Tiger Woods, without missing a beat says, ‘I don’t care who makes your pants, cover your sh*t up so I can eat my sandwich.'”