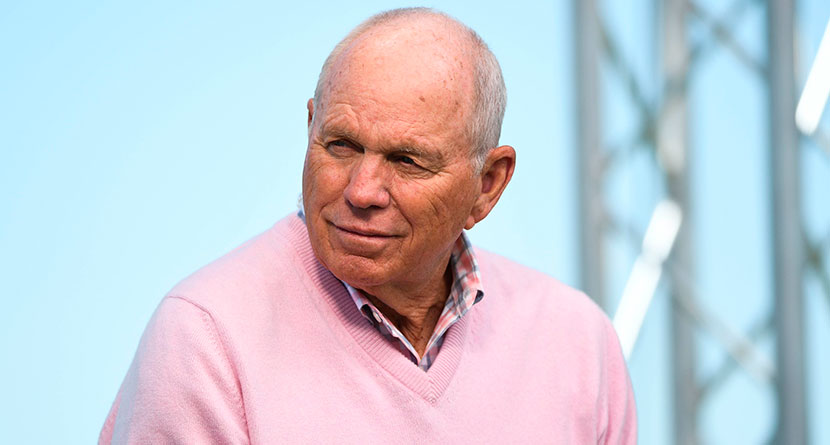 Going off the cuff in an Instagram Live video with his son — and fellow instructor — Claude Harmon III, Butch spoke candidly about his thoughts on club and ball technology as well as his feelings on the Rules of Golf and the stewards of the game who write and enforce them.

Harmon further illustrated his point by making cross-sports comparisons between golf and football, saying that technological gains in golf have made it possible for older players to be better off in today’s game than the era in which they competed at their peak.

Head over to Instagram @claudeharmon3 in 15 minutes. Butch Harmon and I will he answering your questions about your game!

“People will say, ‘Well, how can you say the game of golf’s gotten easier? It hasn’t gotten easier for us because we’re not that talented,'” Harmon said, playing the part of the weekend golfer. “But because of the clubheads, because the balls don’t curve as much – the reason that these young players can hit the ball so far is they can swing that hard at it because it doesn’t spin. If you swung that hard at a wooden driver and a soft ball, that thing is going to go right off the planet.”

Harmon dovetailed his comments about the governing bodies allowing the technology to jump forward unmitigated into making a suggestion about who should be making the rules under which the best players in the world compete, endorsing bifurcation.