Caddie Calls Penalty on His Player 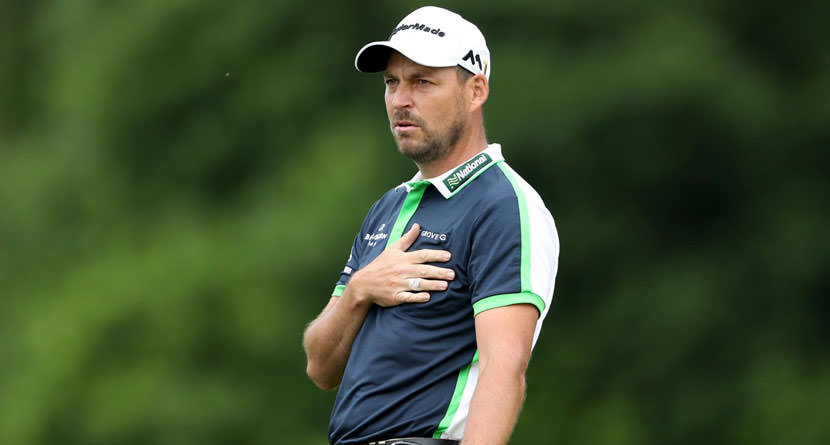 Standing up to your boss is difficult to do, especially on your first day on the job and especially on one of the most iconic holes in golf.

Playing in this week’s Alfred Dunhill Links Championship in and around St. Andrews, David Howell was docked two strokes by his own caddie for teeing his ball up in front of the tee markers on the 18th hole at the Old Course at St. Andrews.

MyCaddy noticed I’d teed up in front of tee marker on 18 today, 2 shot penalty, 1st day with me, honest as the day is long, #Integrity

Blue T & white T were touching giving the impression of being 1 teeing ground, he checked I was behind the marker, I was wrong one though ????

Nope, I patted him on the back and told him he’s just done a good honest thing, it’s not easy doing that when it hurts your own pocket

Under Rule 11-4, Howell was subject to a two-stroke penalty, which turned his par on the short par-4 into a double bogey to post a 72. Following his first-round 76 at Carnoustie on Friday, Howell is seven strokes off of the cut line with 18 holes at Kingsbarns remaining before the 54-hole cut.