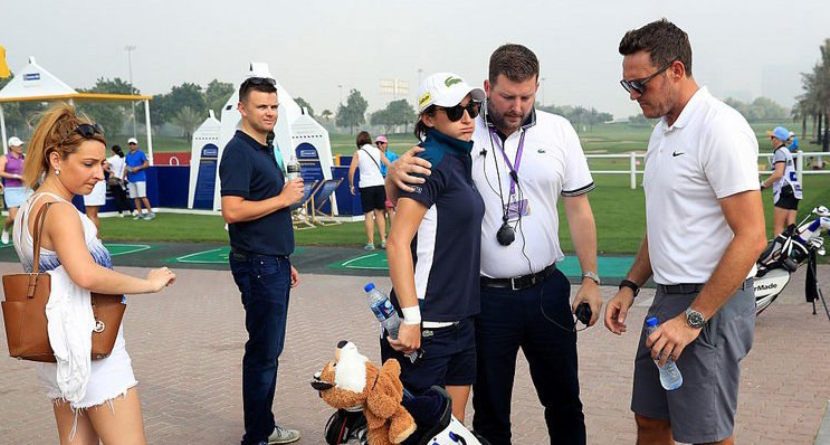 The first round of the Ladies European Tour’s Omega Dubai Ladies Masters has been suspended after a caddie died on the golf course Thursday.

Max Zechmann was caddying for France’s Anne-Lise Caudal, when he collapsed in the 13th fairway at the Emirates Golf Club. On-site medics rushed to the scene and transported him to a local hospital where they pronounced him dead. According to the Daily Mail, the cause of death was a heart attack.

First round play of the @OMEGAGolfDubai is suspended after death of a caddie. Official statement: https://t.co/sYptqAbFBR

Some players who knew Zechmann took to social media to pay their respects:

Very sad to see the passing of another caddie. Done many rounds with Big Max. #RIP thoughts go out to his family and friends. https://t.co/vUZpgWac5S

Dreadful news out of dubai this morning.
Thoughts are with loved ones and everyone involved.@LETgolf
RIP