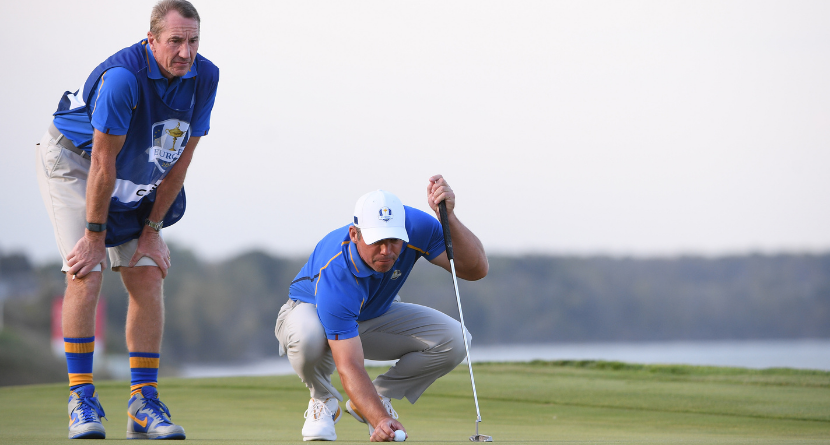 The best caddies all seem to have a quirk, a defining characteristic that sets them apart from the rest of the bib-wearing pack. Fluff has the ‘stache. Bones is, well, bony. Stevie’s menacing presence made it seem like Tiger had a hockey enforcer by his side.

For 30 years, John “Lock Socks” McLaren lived up to his billing, tugging his colorful array of crew socks to the middle of his shin (or higher) as he served the likes of Paul Casey, Luke Donald, Ian Poulter and various other European players of distinction. But his distinctive look will be conspicuously absent from big events for the foreseeable future.

McLaren, 55, has decided to step away after his most recent assignment, caddying for Casey at the Saudi International. He leaves the sport having collected 18 victory flags across 30 seasons. The partnership with Casey spans seven years and four professional wins, their relationship blossoming into a sort of brotherly bond.

This is a retirement — if it is indeed permanent — that was hastened by the COVID-19 pandemic. McLaren has expressed a desire to spend more time at home in his native Surrey, England, to miss fewer milestones. His kids are 8 and 9. He also took an indefinite leave of absence in October 2021, citing the mental toll exacted by travel restrictions.

“COVID travel became so much more difficult,” McLaren told the Guardian’s Ewan McMurray in a report published Tuesday. “I am mentally more tired because of travel and anxiety of testing positive after a two- or three-week trip then being stuck in a country when I have young kids. Similarly, I go home and they are in school and I worried about not being able to get back out to work. That created a lot of uncertainty I’d rather not have to deal with.”