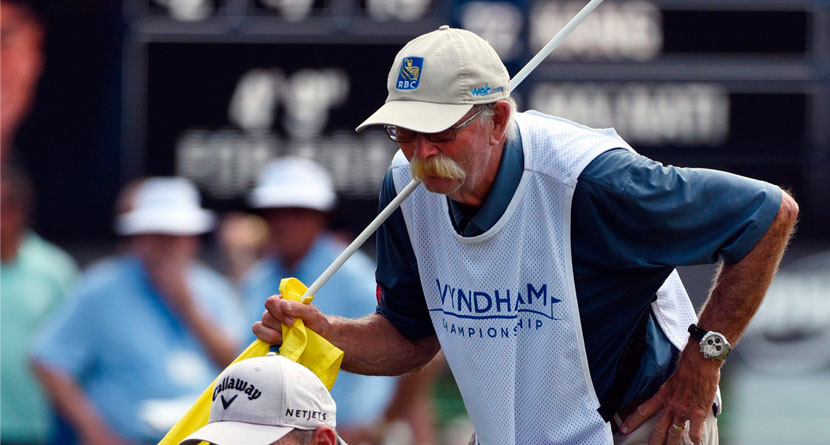 A golfer’s worst nightmare is a weather delay with no end in sight, so when the 100th PGA Championship was suspended last month due to a storm cell moving through the New York City area, Kevin Na’s longtime caddie Kenny Harms fired up his smartphone and got to the bottom of some of golf’s greatest mysteries.

The Caddie Network threw together the video of the eight caddies explaining how and when they got their monikers, and as expected, the stories are terrific.

While names like “Birddog” and “Sponge” are solid nicknames, it’s titles like “Baghdad” that really get to the essence of what the caddie lifestyle is all about.

WATCH: You can't beat a good caddie nickname. In this video, caddies explain how they inherited their respective nicknames. https://t.co/WP1o34AtEY

A name like “Country” or “Fluff” can simply describe a caddie’s appearance, but something as cryptic as a guy who gets “bombed” every night results in something like “Baghdad.”