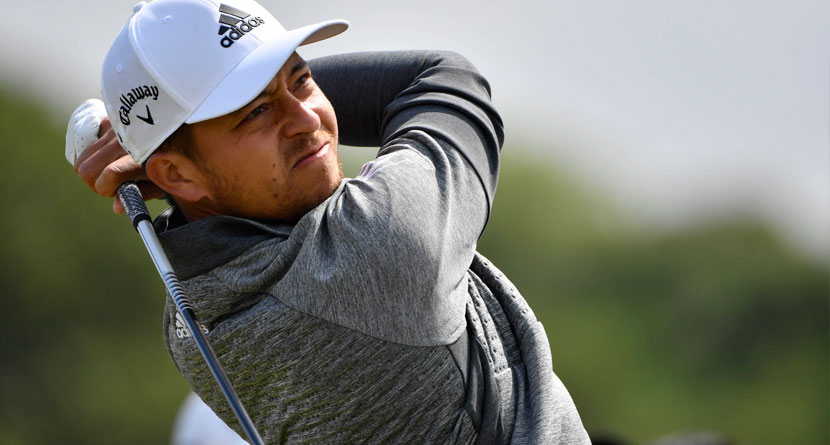 The biggest talking point to come out of the final major championship of the season didn’t center around anything that happened on the course; instead, the lasting memory for many from a week that saw Shane Lowry become a major champion will likely be the failed driver test and subsequent fall out that defined Xander Schauffele.


While the test results have emerged — Schauffele’s driver tested at 258 CT, one point over the legal limit of 257, a difference that would result in inches more distance — Schauffele had to field a series of questions after his weekend rounds and defend himself against (joking) accusations that he was a cheat.

“This matter should be private. But the R&A didn’t do their job in keeping it private,” Schauffele said. “It is an unsettling topic. I’ve been called a cheater by my fellow opponents. It’s all joking, but when someone yells ‘cheater’ in front of 200 people, to me it’s not going to go down very well.”

Chip Brewer, the CEO of Callaway, has since released a statement assuming responsibility for Schauffele’s non-conforming club while hedging that he doesn’t see much blame to go around in this instance.

“While the industry continues to talk about this driver testing issue, I want to stand up for and defend Xander,” Brewer said. “He is one of the highest integrity, most talented and nicest young men in golf. And, he has a fair and reasonable point of view on this equipment testing issue.

“If anybody deserves blame or criticism for the driver test failure at the Open Championship, it’s us. We provide Xander his equipment. But in all fairness, I’m not sure we did anything wrong. We do everything in our power to design equipment that performs at the limit of USGA / R&A rules but does not exceed it. As long as I am in charge, we will never knowingly produce non-conforming equipment or condone its use, especially in tournament play.”

Brewer went on to say that Callaway tests every piece of Tour equipment sent out to their players and they also have testing capabilities in their Tour trucks to maintain their conformity.

“We are going to do our job to the best of our ability,” Brewer concluded. “That means we will make golf equipment that is right up to the limit, but not over. We will use our full resources to make sure our players play with the best possible conforming clubs. That part is on us and we take full responsibility.”

The larger questions surrounding this debate will likely not include Schauffele specifically, but the continued and omnipresent testing of equipment at more majors and Tour events on a weekly basis. Whose responsibility it is to ensure that competitors are competing on a even playing field seems to come down to the governing bodies and the respective Tours.