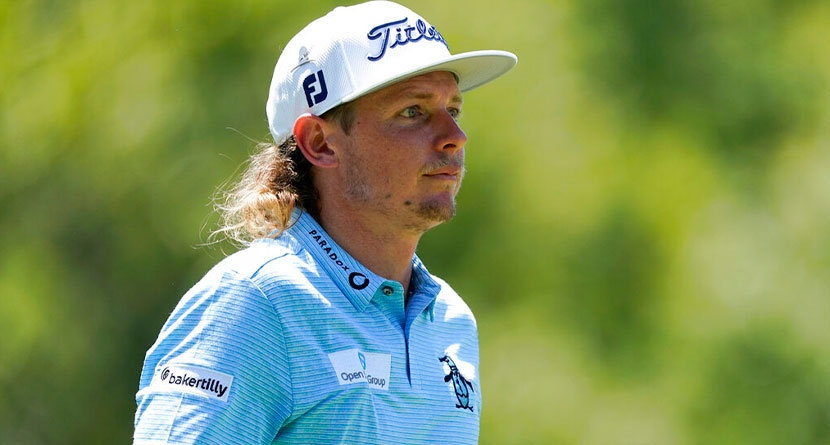 With rumors of Cameron Smith being the next big name to make the jump to LIV Golf, the easy-going Aussie made some feel-good headlines this past week.

During the 2022 FedEx St. Jude Championship on the Par-4 seventh hole, Smith hit an errant drive that found the face of 32-year-old Blake Jaros’ phone. Jaros is a Memphis resident who got an extra ticket to Saturday’s third round of the tournament from his boss, and followed Smith and his group for their entire round.

After Smith’s playing partner, Ryan Palmer, hit his shot into the woods near the spectators, Jaros took out his phone to film the upcoming shot from Palmer. Then, Smith’s ball came flying over and hit the smartphone, shattering the screen.

Once Smith got over to him and realized what happened, he apologized and gave Jaros a signed glove. However, the Aussie wasn’t finished making amends.

Smith then got Jaros phone number and told him he would order him a new phone. And Smith delivered on the promise.

This is not the first time Smith made headlines this golf season with an errant drive.

At Southern Hills during the second round of the PGA Championship, Smith hit his drive to another fairway and actually hit Aaron Wise in the head.

“I was surprised my ball wasn’t in the fairway, and the next thing you know, there’s a little bit of ringing in my head and I was down on the fairway,” Wise said after the round.

“Obviously, there’s a lot of adrenaline in the body after something like that happens, so it’s really just trying to calm myself down and get back to feeling somewhat normal for the last few holes.”

Aaron Wise was hit in the head by an errant tee shot from Cameron Smith on the par-4 7th hole.

Wise was able to finish out his final three holes and complete his round. pic.twitter.com/9guegRQVxR

The difference with this situation was Smith actually had no idea what happened until after the round, so he wasn’t able to apologize to Wise at the time.