Cameron Smith Out Of BMW Championship With Sore Hip 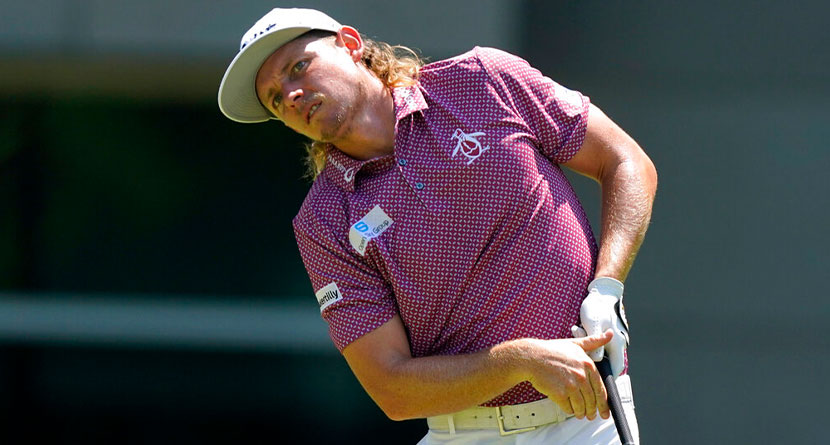 WILMINGTON, Del. (AP) — British Open champion Cameron Smith pulled out of the BMW Championship on Monday with what his manager described as a “hip discomfort” that Smith had been feeling the last few months.

Smith is No. 3 in the FedEx Cup, assured of a spot in the Tour Championship next week in Atlanta, though the withdrawal will mean he starts at least three shots behind when the FedEx Cup finale begin.

“He has been dealing with some on and off hip discomfort for several months and thought it best he rest this week in his pursuit of the FedEx Cup,” Bud Martin, his agent at Wasserman, said in a statement.

The Australian, who turns 29 this week, was the center of attention last week in Memphis, Tennessee, that went beyond his golf.

First, The Daily Telegraph reported Smith was joining Saudi-funded LIV Golf after the FedEx Cup playoffs, which Smith again chose not to discuss. The report came on the same day a federal judge in California ruled against three LIV Golf players seeking a temporary restraining order to let them compete in the tour’s postseason.

Cameron Smith, currently No. 3 in the FedExCup, has withdrawn from the @BMWChamps. pic.twitter.com/SIT0fyfMXU

Then, Smith trailed by two shots after the third round and needed to win to reach No. 1 in the world ranking. But a little more than an hour before his start to the final round, Smith was penalized two shots for playing a shot after a penalty drop when the ball was still touching the hazard line.

Smith confirmed the ball was touching the line. The timing was awkward because the violation came a day later than it could have.

Smith was playing for the first time since his 64 on the final day at St. Andrews to win his first major. He told Golf Digest his hip can act up in soft conditions. The TPC Southwind was pounded by rain early in the week.

“My hip flared up yesterday. It seems to happen when there’s softer fairways like there were earlier in the week,” Smith told Golf Digest. ”I’ve had a couple of MRIs around it, and I will check with my team to see if we need another one.”

He plans to be at East Lake next week in the chase for the $18 million prize for winning the FedEx Cup.

The top seed start the Tour Championship at 10-under par and a two-shot lead. The No. 3 seed starts at 7-under par, the No. 4 seed is at 6 under and the No. 5 seed starts five shots behind.