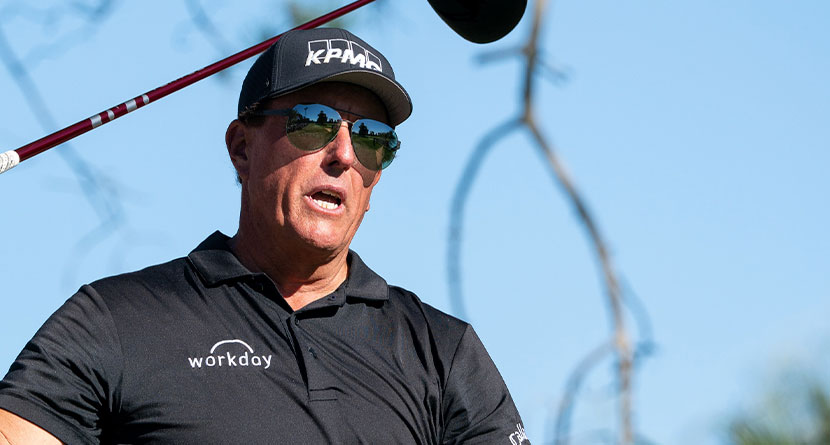 The first day of the American Express had a little bit of everything: eight birdies and an eagle from each of our co-leaders, Patrick Cantlay and Lee Hodges; three bogeys, two birdies, one eagle, one double and a quintuple bogey 9 for Phil Mickelson, who is in DFL; and a glorious ace for Big Beautiful, Harry Higgs, on the 206-yard par-3 15th hole at La Quinta Country Club.

The bad news about all of the above: golf fans saw none of it because it took place away from the host venue, PGA West Stadium Course. Such is life as a PGA Tour fan in 2022.

Mickelson’s 6-over par 78 tied his worst round in the history of the event, which he has won twice.

What’s more, it came at LQCC, a course he torched to the tune of 12-under par 60 in the first round of the 2019 renewal in which he finished runner-up. Moreover, his 78 was a full 16 shots worse than the pair of 62s Cantlay and Hodges shot on the very same course.

With a 54-hole cut, Mickelson hasn’t shot himself completely out of the weekend conversation just yet, but should he fail to make a move on Friday at the PGA West Nicklaus course, generally the second-easiest course in the three-course rotation, he can likely fire up the PJ because a Sunday tee time would seem very unlikely.