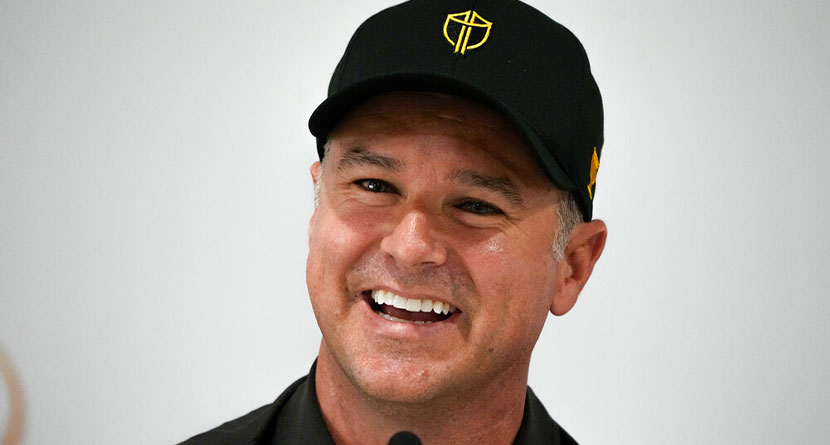 CBS Sports begins its 66th consecutive season covering the PGA Tour with only its fifth lead analyst in Trevor Immelman and one of its busiest years, with 11 of the 17 “elevated” events with the biggest names.

It starts in prime time on Saturday night from Torrey Pines, an early finish to avoid the NFL conference championship games. Jim Nantz will call the action from Kansas City, Missouri, where CBS is televising the AFC title game.

And for the first time, CBS will have the entire FedEx Cup playoffs as part of an alternating schedule with NBC. CBS, which for years has carried the most tournaments, this year will have 23.


“It feels a little different, like having more light shining on it,” Nantz said. “Twenty-three in ’23. We’ve never had the full playoffs. You take our two majors (Masters and PGA Championship) and 11 of our 23 events are going to have magnificent fields. I think it’s going to be a blast.”

In the fun fact department, Immelman won the U.S. Amateur Public Links 25 years ago at Torrey Pines. Beat Jason Dufner in the final. Immelman won his 3rd-round match, 9 and 8. pic.twitter.com/jqpNyFeOUX

That means 12 of the 23 will have the best of the rest, though Torrey Pines has Jon Rahm in his pursuit of a third straight win, plus Justin Thomas and Collin Morikawa in his first start since losing a six-shot lead at Kapalua.

“We’re bullish on this opportunity,” Shy said. “One of the big storylines that came out of last year was Tom Kim, who surfaced at the Wyndham Championship. We’re also fortunate enough that designated events are spread through the year. We’re seeing some players at standard events have a chance to showcase themselves.”

Immelman takes over for Nick Faldo, who retired. The 2008 Masters champion got started last year. This will be his first full season and it makes him the youngest lead analyst in CBS history at age 43.

“I think he and Jim are going to be contemporary, animated and have opinions,” said Sean McManus, chairman of CBS Sports.