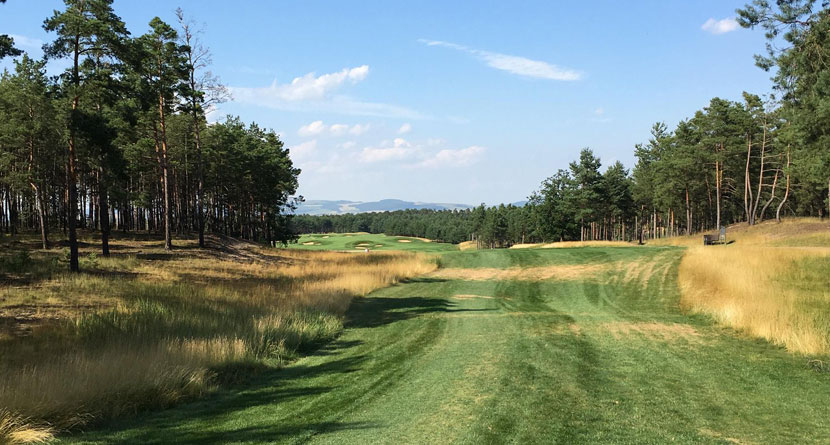 The European Tour’s developmental circuit, the Challenge Tour, is in Slovakia this week for the D+D Real Slovakia Challenge at the Penati Golf Resort.

While far-flung locales are nothing new for the Tour, a hole at the Penati Golf Resort is setting itself apart — the 783-yard par-6 15th hole.

Known as being the longest hole in Europe, the 15th’s bite hasn’t lived up to its bark. After playing as the easiest hole on the course in 2018, the pros are once again making mincemeat out of the nearly 800-yard hole.

When the event was last held at Penati in 2016, the pros played the par-6 to a 5.38 average over four rounds, making 31 birdies and seven eagles. There was only one “other” — a double-bogey 8.

We’re in ?? for the D+D Real Slovakia Challenge and that can only mean one thing…

The return of the longest hole in Europe!

This year, the pros are taking it to the behemoth once again. Through two rounds, the hole is playing as the easiest on the course and more than a half stroke under par.

France’s Darius Van Driel led through the first round, but a familiar name is chasing him: Chase Koepka. Brooks’ little brother shot rounds of 69-67 — including a birdie on the par-6 15th in his second round — to enter the weekend in the hunt, two shots back of Van Driel as of this writing.