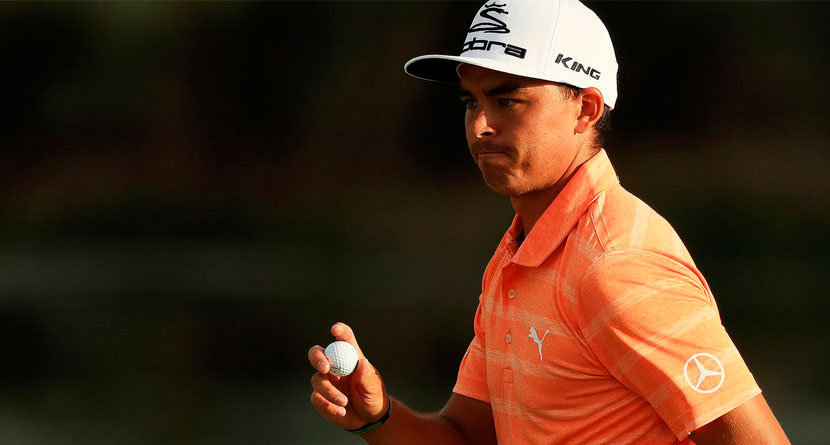 Rickie Fowler has long been in the conversation for one of professional golf’s most dubious titles: best player never to win a major. His brilliant play at last week’s Masters Tournament — again in a losing effort — only added fuel to that fire and bolstered his argument for the BPTNWAM crown.

The headlines in the aftermath of the 82nd Masters has been largely dominated — deservedly so — by Patrick Reed. However, Fowler’s runner-up finish has garnered its fair share of attention and Golf Channel analyst-slash-lightning rod Brandel Chamblee added some of his thoughts to the mix earlier this week on the Golf Channel Podcast with Will Gray.

“Rickie Fowler’s the nicest guy in the world. But you’ve got to get, and there’s no other way, I mean you’ve just got to get a little meaner, and a little bit more arrogant. We view arrogance with such disdain in our society. It’s like, why? Why? If you don’t believe in yourself, who the hell will? And arrogance in sport is a good thing. It serves you well. It may not make you the best dinner companion, it may not make you the greatest corporate push man. But it serves you well. And I hope that this finish at the Masters will make him, at least internally, more arrogant.”

Fowler has won four times on the PGA Tour and twice on the European Tour over his nine-year professional career. At 29 years of age, assuming his health and desire remain intact, he’ll likely have more than 50 other opportunities to win a major championship.

His next opportunity comes in two months at the U.S. Open at Shinnecock Hills.