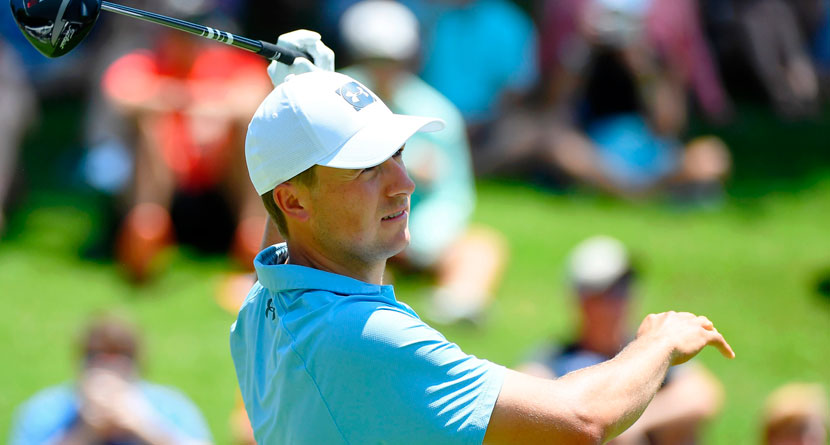 Jordan Spieth hasn’t won anywhere in the world since his 2017 Open Championship at Royal Birkdale.

Plagued by inconsistent putting, poor iron play and wayward driving over the past two seasons, Spieth has reached the point where he needs to get back to playing more naturally or else he risks ending up on a permanent decline, according to Golf Channel analyst Brandel Chamblee.

Speaking on a conference call promoting NBC and Golf Channel’s coverage of the FedEx Cup Playoffs, Chamblee warned that his fellow Texan may be heading down a path already tread by the likes of David Duval and Ian Baker-Finch, world-class golfers who lost their games while getting overly technical, in his opinion.

“(Spieth) is part of a problem that is going on in golf right now, almost an epidemic of players (from their mid-20s to mid-30s) who just disappear off the planet,” Chamblee said. “If you put him on a range and leave him alone, he’ll put two and two together better than anybody else. You have to protect your talent and genius and do that at all costs. I see right now an onslaught of information overload.”

The three-time major champion enters this week’s Northern Trust just inside the top-70 in the season-long FedEx Cup standings, which welcomes the top-125 this week at Liberty National in New Jersey, but will cut down to the top-70 for next week’s BMW Championship.

At No. 69 on the list, Spieth needs a solid week to continue his season.

“I believe he needs to get back to the softness and athleticism that he had when he first came out,” Chamblee said. “You could call it a wise ignorance that he had then, or an ignorant wisdom. There’s a lot to be said about just going out and being an athlete.

“He doesn’t need to work on anything at all. This incessant tinkering comes with a cost. Some get better but more have disappeared. It could happen very easily that he never finds his way back home.”

As Golf.com’s Dylan Dethier pointed out, there are signs of Spieth returning to the top of his game, but a big question mark arises when it gets to the weekend. Spieth’s scoring average on Thursday and Friday is 68.86, but his Saturday and Sunday average is more than three shots worse (72.10).

He’ll look to solve that mystery this week in New Jersey as Spieth tees off on Thursday alongside Matthew Wolff and Kevin Streelman at 12:11 p.m.