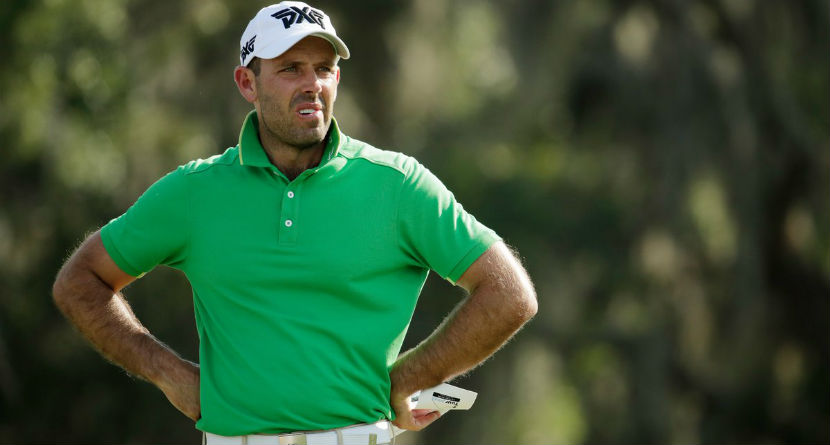 They say you can tell a lot about they way a person by the react to a poor golf shot. Some folks are prone to dropping the club or even throwing it, while others would rather scream profanity. Charl Schwartzel took a different approach on Friday at the FedEx St. Jude Classic.

The 2011 Masters champion had it rolling the first two rounds in Memphis and was bogey-free until stepped up to the par-3 eighth hole, his 17th of the day. That’s when he made one of his worst swings in 35 holes and missed the green well to the left. As soon as he finished his follow through, he immediately looked down and was caught on camera apparently flipping off the teeing ground.

So Charl Schwartzel is my new favorite golfer pic.twitter.com/iW2IjNRGQ2

But after further review, it seems that it actually may not have been his middle finger which somehow makes it even more hilarious. Blaming the turf on the tee is always a puzzling one considering the fact the player can choose where they want to play from. We’ll just blame the ground for this one too!

When you accidentally break something … ? pic.twitter.com/HPIBJZXg1F

After a disappointing third round of 4-over 74, Schwartzel now finds himself in a tie for 13th at 5-under overall. He’ll have some work to do to catch the trio of leaders tied at 9-under which includes Rafa Cabrera-Bello, Stewart Cink, and Ben Crane.