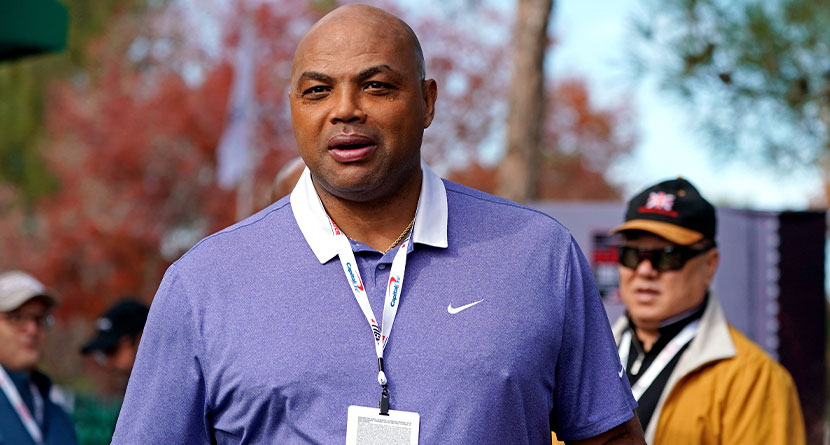 Instead, Greg Norman is making waves on his Pro-Am tee sheet with NBA Hall of Famer and TNT broadcaster Charles Barkley. Norman met with Barkley to discuss the possibility of adding him to a broadcast crew that made headlines last week with the addition of longtime PGA Tour broadcaster David Feherty.

While Norman wasn’t able to lock down a broadcast role on the breakaway league, he was able to secure a tee time for Barkley in the LIV Golf pro-am this week at Trump National in Bedminster, New Jersey.

Barkley is currently a key part of the popular “Inside the NBA” studio show on TNT, earning a reported $10 million per year. Much like some of the golfers currently playing on the LIV circuit, Barkley is hoping he can maintain his current status at TNT while also working with LIV.

“In a perfect scenario, I would love to do both,” Barkley told The New York Post. “I don’t know how Turner’s sponsors are going to feel about it. I know there is going to be some blowback.”

Barkley has made it no secret that he’d be willing to join the LIV circuit if the money is right.

Barkley also called out LIV critics for their negative portrayal of the Saudi-backed league, saying there is “selective outrage” about Saudi-backed endeavors.

“Listen, they are making up words like ‘blood money’ and ‘sports washing.’ I said, ‘We have all taken ‘blood money’ and we all have ‘sports washed’ something so I don’t like those words, to be honest with you.’ If you are in pro sports, you are taking some type of money from not a great cause.”

With rumors swirling about the next wave of PGA Tour defectors, we’ll also keep an eye on things off the golf course to see if Norman can add The Round Mound of Rebound to his growing roster of big names associated with LIV Golf.