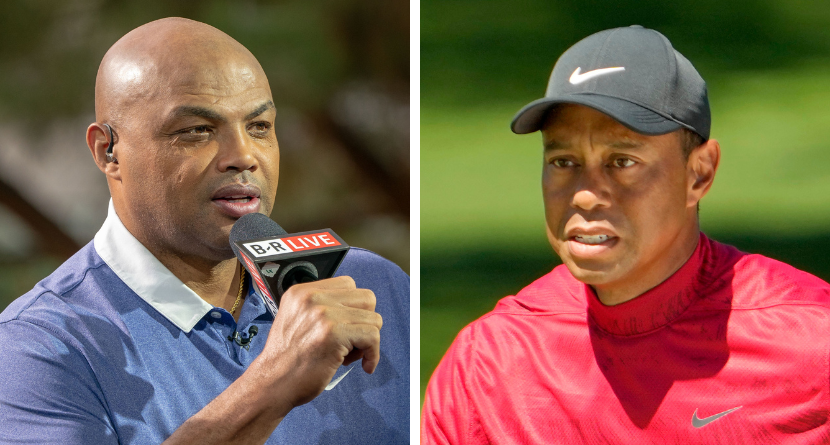 Early snippets of Alan Shipnuck’s highly anticipated biography of Phil Mickelson have focused on the six-time major champion’s precipitous fall from grace. But it was only a matter of time before we were fed a morsel of reporting that juxtaposes Mickelson’s career with that of his longtime foil, Tiger Woods.

In an excerpt published by the Fire Pit Collective — the same passage that contained explosive revelations about Mickelson’s gambling habits and his split from former caddie Jim “Bones” Mackay — hoops legend and outspoken commentator Charles Barkley offers a theory for why Lefty has been perceived to be a more fun hang than his rival.

“One of the reasons Phil has lasted so long is because he’s had a joyful life,” Barkley said. “Tiger won a bunch of tournaments, but there wasn’t much joy in it.”

The NBA Hall of Famer continued: “Sure, Tiger is a better golfer. You’re just in awe of his talent. But it’s not fun to be around him. Everyone in his world is uptight and [sh-t], afraid to say or do the wrong thing.

“Tiger himself has always acted like he’s under siege. Gimme a [f—–‘] break — you’re just a golfer, dude. When you’re with Phil, you’re guaranteed to have fun. He makes people feel good. Everyone around him is always smiling. That’s a huge difference, man.”

Harsh? Accurate? Your mileage may vary. But it should be noted that there was a time when Barkley was considered a close friend of Woods before his own off-course controversies led to a falling out.

“To this day, I don’t have any idea what happened,” Barkley said in 2017. “After that … thing, he just stopped talking to us. That’s all I know.

“I could understand if he was trying to get back with his wife at the time and she said, ‘Hey, get rid of all your old friends,’ and he called and said, ‘This is the situation.’ I would’ve understood that. But I just wish he would have been man enough to call and say that. To just disappear totally was disappointing.”