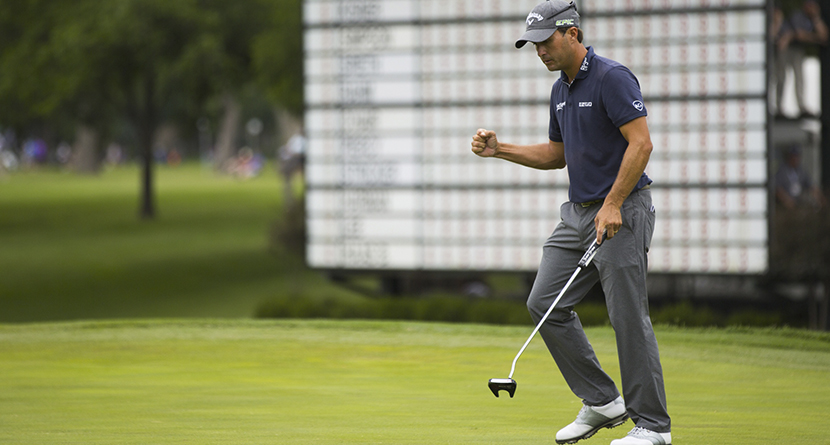 The PGA Tour stop at the Colonial Country Club in Fort Worth, Texas is the longest-running event on the PGA Tour and in 2019, the tournament will get a new title sponsor.

Financial services provider Charles Schwab will take over as title sponsor of the even after the previous sponsor, Dean & Deluca, pulled out after two years. The four-year agreement goes through the 2022 season. There were a host of local companies that have backed the event this year including American Airlines and AT&T. Charles Schwab is a major sponsor on the Champions Tour, with the season’s top player awarded the Charles Schwab Cup.

“We are honored to support one of the country’s premier and longest-running PGA TOUR events that is a showcase for the game’s best players and is a TOUR leader in charitable giving,” said Jonathan Craig, Senior Executive Vice President of the Charles Schwab Corporation. “Schwab has a long history of investing in the communities in which we live and serve our clients and with our growing presence in, and commitment to the state of Texas, we could not be more delighted to support the tradition of this tournament.”


Colonial Country Club annually honors the legacy of Ben Hogan with The Ben Hogan Award, initiated in 1990 to recognize the outstanding collegiate golfer of the year. The winner is invited to compete in the following year’s tournament, and the award has jump-started several careers of young players. The 2015 and 2016 recipient of the award is world No. 3 Jon Rahm.

The Forth Worth Invitational will begin on May 21st at Colonial. The first event held at the golf course on Tour was in 1946. Kevin Kisner won last year’s tournament, edging Jon Rahm, Jordan Spieth and Sean O’Hair by a stroke.