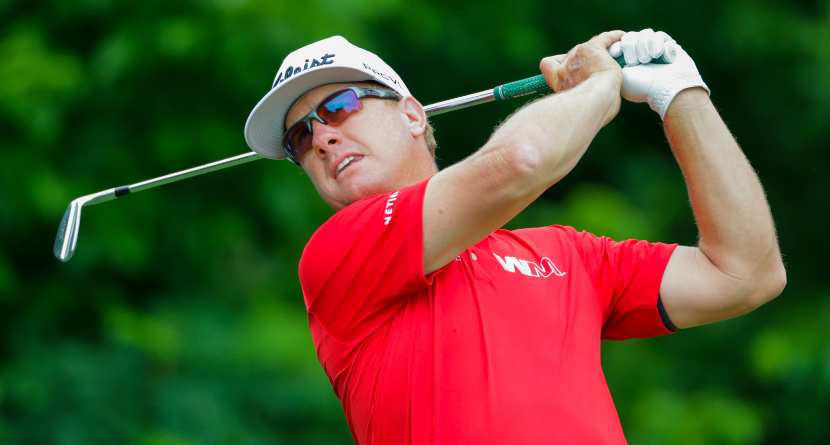 Charley Hoffman is the 93rd-ranked golfer in the world. He has four PGA Tour wins, the last coming in 2016. Golf fans may remember the period in which he bore a resemblance to Jeff Daniels’ character in the movie “Dumb and Dumber” thanks to the frizzled blond locks he favored before sheering them off a few years back.

But it’s also quite possible for a faithful PGA Tour viewer to be unfamiliar with Hoffman’s work. Until now.

There’s no hiding from the heat Hoffman put on himself when he ripped into the PGA Tour in an Instagram post on Friday after incurring a penalty during the second round of the WM Phoenix Open. The diatribe was initially focused on what Hoffman deemed an unfair ruling but then mushroomed into a broader indictment of how the Tour treats its players. Before he was done, he had tagged a number of major media outlets, as well as the official account for the Saudi International tournament.

And in case Hoffman’s intent there wasn’t clear, he added a few lines that made him an instant punching bag on social media. “You wonder why guys are wanting to jump ship and go play on another tour,” Hoffman wrote. “Players need transparency, protection and consistency. We don’t have that under the current governing bodies.”

The reaction from the Golf Twitterverse was swift and merciless. Any goodwill Hoffman might have had as a generally good-natured player who has enjoyed a modicum of success across 22 years as a professional golfer was weaponized against him.

Charley Hoffman has been ranked in the top-20 of the OWGR for a total of 1 week in his career. He has never finished better than 8th in a major championship. He has $32.1M in official PGA Tour earnings.

Charley Hoffman is EXACTLY the type of golfer that the top guys like Rahm, Cantlay, Rory, etc. have complained about.

This has been an entertaining day on golf Twitter. But I hope everyone sees what a select few golfers are doing. They *want* to go take Saudi money, but they know how it looks, so in order to protect their images (and probably rationalize for themselves too)…

Was Hoffman Alluding To His Own Possible Defection?

Complicating matters further are Hoffman’s relationship to the title sponsor of the event, as well as his standing as a member of the Tour’s Player Advisor Council. In a follow-up Instagram post published Sunday, Hoffman appears in a WM truck. The accompanying message appeared to have the intent of dialing back the drama some. “Well it looks like I have some trash to clean up after last night’s rant!” Hoffman wrote. “I have nothing but respect for the @pgatour! Sometimes you have to use a platform to make a point so the PGA Tour can continue to be the best place to play professional golf in the world!”