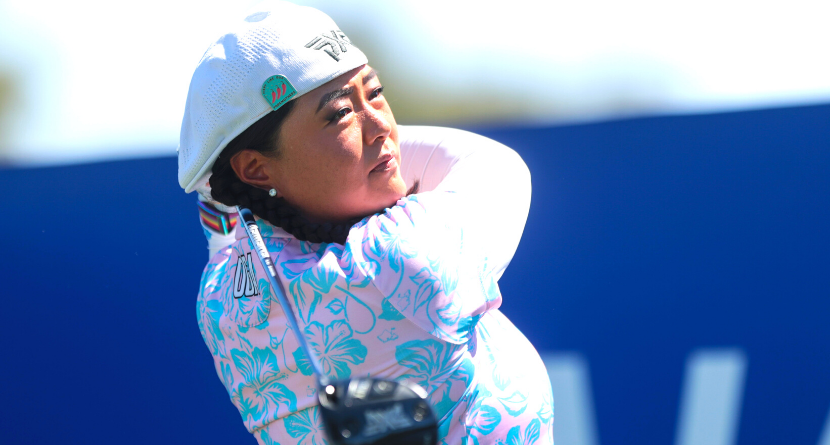 On the surface, the overlap between the Chevron Championship and the Augusta National Women’s Amateur might have seemed beneficial. Two marquee events collided to give women’s golf an extended showcase in the lead-up to one of the most anticipated weeks of the year.

Hell, we were even treated to some symmetry when Jennifer Kupcho, winner of the inaugural ANWA in 2019, went and took the final plunge into Poppie’s Pond on Sunday — the longstanding tradition for the winner of the LPGA Tour season’s first major.

But at least one LPGA pro felt strongly that the spotlight shouldn’t have been shared. In fact, the always outspoken Christina Kim went so far as to blame Augusta National Golf Club for making a decision that further erodes the prestige of a storied event while simultaneously treating ANWA competitors to a less-than-hospitable stay at the historic club.

There was already a sense that the beloved tournament — still affectionately known by its original name, the Dinah Shore — was losing its innocence with the influx of corporate dollars and impending venue change. But changing dates, as the tournament will in 2023 as part of a new TV pact with NBC Sports, is the last straw for Kim and many others.

Augusta National is flexing its muscle at the expense of women’s golf, Kim asserts.

“Truth be told, I’m not gonna lie. I’m really upset with Augusta National,” Kim said in an interview with The Desert Sun of Palm Springs, Calif. “Because there’s no reason why we couldn’t continue to have this tournament be the first major in professional golf. And I think it’s absolutely disgusting what they’re doing and I have no problem saying that. It’s bull hockey what they’re doing.”

Additionally, Kim took umbrage with how ANWA competitors barely get to compete on the course from which the tournament derives its name; the first two rounds of the 54-hole event are contested at another venue.

“It barely qualifies as the bare minimum of allowing those girls one practice round and giving them a playoff to see who’s going to make the cut into the final round at that place,” Kim said.