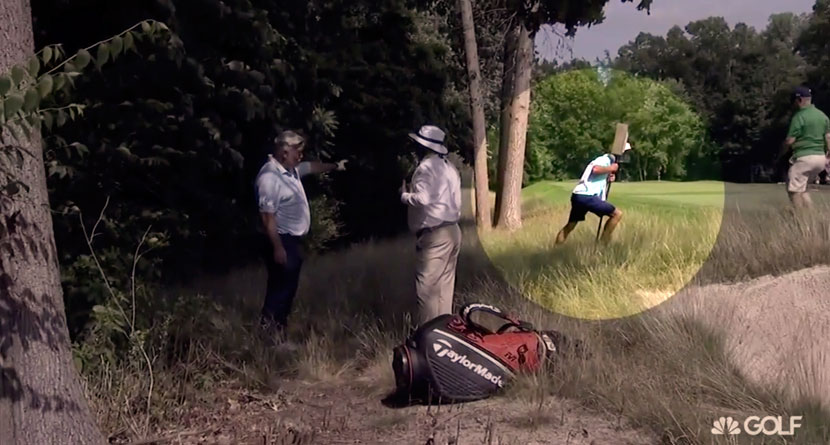 For the first time in a few decades, Darren Clarke is a young-gun on Tour again. However, this time it’s on the PGA Tour Champions, not the European or PGA Tours.

Playing in his first U.S. Senior Open this week at Warren Golf Course in South Bend, Indiana, Clarke was the recipient of one of the more bizarre rules controversies in recent memory.

Playing in his first round on Thursday, the 50-year-old Northern Irishman pulled his drive on the par-4 10th hole left of the fairway into some wispy grass on the outskirts of a forest. While Clarke talked over his options with a USGA walking rules official, his caddie, Bradley Whittle, attempted to remove a bird feeder that was in Clarke’s intended line of play assuming it to be a movable obstruction.

Unbeknownst to Clarke and the rules official at the time, Whittle attempted but failed to move the immovable obstruction. However, when USGA officials were able to see the replay of the infraction, they gave Clarke a two-shot penalty a few holes later, which turned his bogey into a triple bogey and led to a 3-over par round of 73.

A Friday round of 2-over par 72 left Clarke on the outside looking in on the cutline, and his two-stroke infraction looming large. He would miss it by just four strokes.

Through 36 holes, Steve Stricker leads Jerry Kelly by two strokes and David Toms by three. Stricker is seeking his fifth win and second major championship on the 50-and-over circuit. He won the Regions Traditions earlier this year.