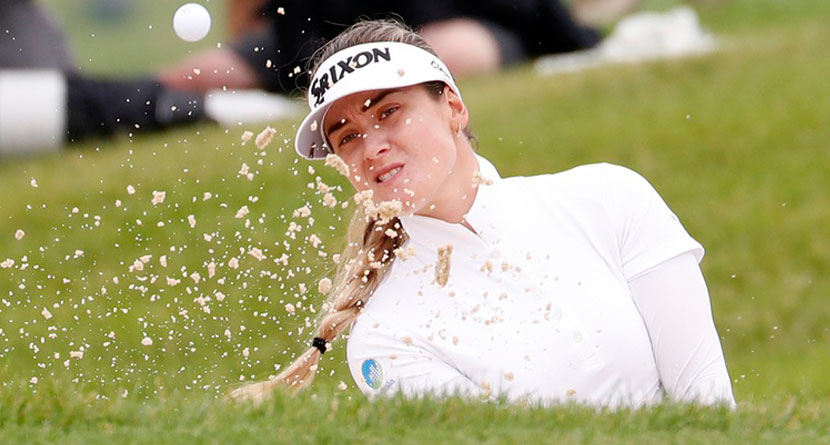 Entering the final round leading by one, Green made two early birdies, but gave them both back, plus another through the middle of her round, making three bogeys in four holes from Nos. 9-12. Her comfortable margin was cut to two with the tough closing stretch at Hazeltine National Golf Club looming.

Steadying the ship with stress-free pars at Nos. 13, 14 and 15, Green found the putting surface on the par-4 16th and drained the birdie putt to extend her lead to two over defending champion Sung Hyun Park.

BOOM ?@hannahgreengolf buries the birdie putt on 16 to take a two-stroke lead!

Watch the conclusion of the @KPMGWomensPGA on @NBC now! pic.twitter.com/lGHTrg5NNw

Not going down without a fight, Park birdied the last to put the pressure on Green and cut her lead to one. Feeling the weight of the moment, Green misfired slightly coming into the 18th green, ending up in a greenside bunker.

With a horde of fellow Aussies following her, including 7-time major champion Karrie Webb, Green pulled off a clutch up-and-down to claim the title.

An unforgettable moment ?@hannahgreengolf gets up and down from the sand to complete her wire-to-wire win of the @KPMGWomensPGA! pic.twitter.com/ob51nBwgEm

“I’m speechless,” Green said after she sunk the winning putt. “I was really nervous playing the last five holes. I’m just really happy that I made a clutch putt because that was kind of what was struggling with in the middle of the round. Just to make the one on the last, it really is surreal.”

“It really is surreal.”