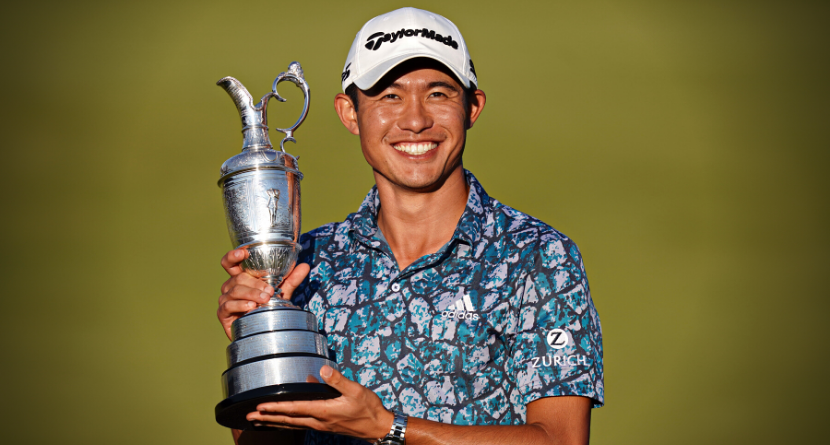 Collin Morikawa has had his issues holding onto major championship trophies. But parting with the Claret Jug proved especially difficult.

“It sucked. It really did,” the reigning champion golfer of the year said at a pre-tournament press conference Monday at the Old Course. “I woke up this morning and looked at it. The replica is beautiful, but it’s not the same. It really isn’t. It will never be.

“But I don’t want to dwell on the past. I think I’ve talked about that early on in my career. I always look forward to what’s next. Maybe hopefully just giving it back kind of frees me up and allows me just to focus on winning this week.”

As you might recall, Morikawa captured his second major in eight starts at Royal St. George’s last year, fending off the charges of fellow major champions Jordan Spieth, Jon Rahm and Louis Oosthuizen.

As you might also recall, Morikawa watched in horror as the lid to the Wanamaker Trophy flew off when he hoisted it after his breakthrough win at TPC Harding Park in 2020. The only way to get more practiced at handling the sport’s most precious hardware is to keep winning it, and the world No. 8 is poised to keep adding to his personal trophy case.

“Now that I know what it’s like to have the Claret Jug for a year, there’s nothing like it. It’s a really special year,” Morikawa said. “Even though you won that tournament a year ago, it’s going to be in your history for the rest of your life. And it’s pretty cool. I think trying to defend this week at the 150th at St Andrews would be even more special.”