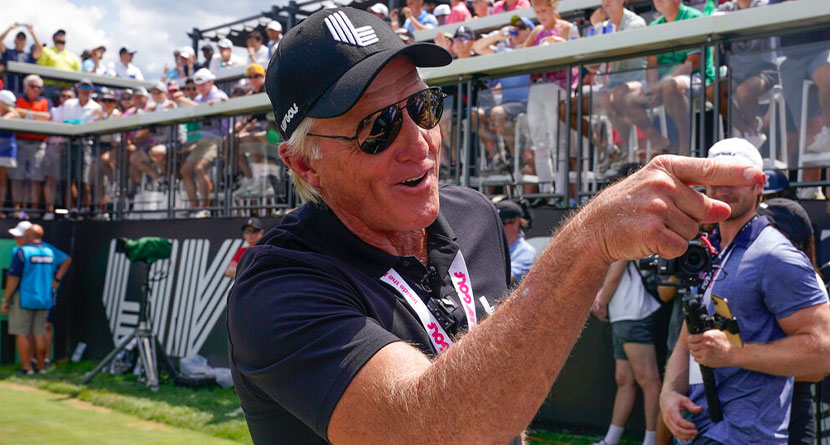 As many people have predicted since its inception, it appears that LIV Golf’s inability to draw some of the top names in golf could end up being its downfall.

A recent New York Times report on confidential documents relating to the LIV Golf blueprint have put some of the comments made by commissioner Greg Norman into question about the profit and future of the product.


Big names like Phil Mickelson, Dustin Johnson, Cameron Smith and Bryson DeChambeau have all left the PGA Tour and have taken their talents to the new start-up tour. However, LIV Golf has yet to attract two of top names and brands in the sport, namely Tiger Woods and Rory McIlroy.

Both have very publicly expressed their lack of interest in joining the new league and it seems that they are not changing their minds anytime soon.

According to the Times report, LIV would need “each of the world’s top 12 golfers, attract sponsors to an unproven product and land television deals for a sport with a declining viewership all without significant retaliation from the PGA Tour it would be plundering” to be successful.

McKinsey documents suggest that the new Saudi LIV Golf league is far off-track for success. Experts say the analysis shows that the Saudi investment of at least $2 billion had aspirations beyond profits. https://t.co/c1QyBYIEFB

As we know, this will prove to be very difficult with some of the top names in golf like Woods, McIlroy, Scottie Scheffler, Justin Thomas, Jordan Spieth, Jon Rahm and Collin Morikawa, among others, coming out and denying any involvement they may have with LIV.

In its most successful prediction, LIV would have projected revenue of at least $1.4 billion a year in 2028. On the other side of the ball marker, the doomsday scenario is that it could be facing losses of $355 million in the same year.

Even with a seemingly successful 2022 season, there are still a lot of things that LIV has to figure out to turn a profit in the future.