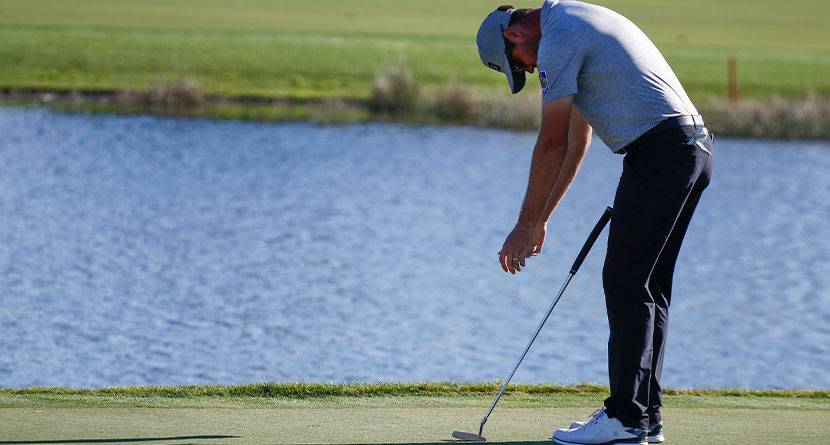 The FedEx Cup Playoffs is the land of golf’s butterfly effect.

For as trivial and inconsequential every FedEx Cup standings update seems in January and March, it’s incredible just how slim the margins are at the end of the year when guys are jostling for position to punch their tickets to East Lake and the Tour Championship.

While there are always a few feel-good stories, more often than not at the highest level, the best players have made a lifetime’s worth of money and the additional week of cut-free money — not to mentioned souped-up FedEx Cup bonus cash — means very little to them in the grand scheme of things.

That’s not to say, however, that there isn’t drama. There’s no reason any person, regardless of income, wouldn’t like to make more, so with that in mind, we present a brutal three-putt from Corey Conners on the 72nd hole of this past weekend’s BMW Championship, which had big implications for two of the game’s best players.

Conners’ playing partner, Billy Horschel was flirting with the 30th spot in the standings all week, and as it came down to the wire, Horschel was acutely aware of what he needed to do and how it impacted another player hoping to make it to Atlanta, Adam Long.

“I knew I could make up a shot and move up a spot with a birdie or if someone above me could move down into my category at plus seven,” Horschel said. “I know that would be beneficial because I saw on 17 I was tied with Adam Long,”

Corey Conners may have gifted Billy Horschel a spot in the @PlayoffFinale.

The 2014 #FedExCup Champion is currently right on the bubble at No. 30 in the projected standings. pic.twitter.com/fJ22DjWFgT

As Horschel jockeyed for position, he failed to make a birdie on the back nine at Olympia Fields, putting the final week of the 2020 season in jeopardy. However, Conners, who was at +5 for the tournament — and out of contention for a Tour Championship berth — unintentionally gave Horschel the boost he needed.

Facing a five-foot par putt, Conners ran his par attempt some two feet past the hole and then missed the come-backer, dropping him from +5 to +7, effectively moving Horschel up the leaderboard one spot, which was enough to punch his ticket to East Lake.

“It was really unfortunate,” Horschel said. “You never want to see something like that happen to anybody; if it turns out that was how I made it to the Tour Championship I’ll probably give him a nice bottle of wine or a good dinner or something.”

Indeed, it was just enough to get Horschel into that 30th and final spot to get to East Lake. His seven-way tie for 33rd earned him just enough points that a six-way tie for 34th would not have.

Looking at the other side of the coin, the three-putt that helped Horschel effectively ended Long’s chances of getting into the Tour Championship. Long finished T56 at +12 in the BMW Championship, whereas a stroke or two better would have been enough to put him through as No. 30 in the standings.

On the bright side for Conners, at least he’ll be getting a little something from Horschel to ease the pain of the roughly $50,000 he lost by doubling the final hole of the event. For Long, there’s the consolation of the 31st place FedEx Cup bonus money, which amounts to $200,000.

The FexEx Cup Playoffs giveth and they taketh away.