Could The PGA Tour Be Starting Its Own Network? 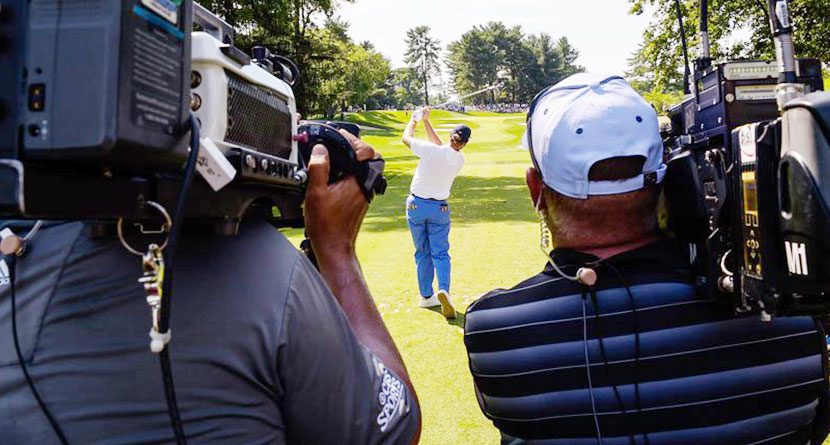 Reports continued to surface on Tuesday that the PGA Tour may be considering opting out of its television contracts with CBS and NBC in 2018. While talks of such a move have been in motion for months, the timing that it coincided with PGA Tour Commissioner Tim Finchem’s final formal press conference can’t be ignored.

The crux of the situation centers around the Tour shopping its television rights beyond CBS and NBC, gauging the interest of other competitors such as Fox, ESPN and Turner. Further, the move is a calculated testing of the waters as to whether the PGA Tour could launch its own network in the same vein as the NFL, NBA, MLB and NHL already have.

PGA Tour could opt out of its NBC/CBS deals in 2018; looking into its own TV channel. My story with @sbjlombardo. https://t.co/pPDrPPqod6


John Lombardo and John Ourand of Sports Business Daily broke down the details of the move earlier this year.

The tour’s deals with CBS and NBC run through 2021, but both allow the tour to open the contracts in 2018 to modify some of the terms or to end the deals early, at the end of that year. The tour is locked in its deal with the Golf Channel through 2021 with no opt-out provision.

With the opt-outs two years away — combined with the tour taking back its digital rights from Turner in 2013 — PGA Tour officials are studying whether the time is right for the tour to own a channel, either on cable or via an over-the-top service. Potentially, the tour could cut a new Golf Channel deal that gives it a stake in the network. This would follow the strategy Golf Channel parent NBC Sports Group has taken with its regional sports networks.

It also would be critical to the tour launching a channel before 2022. Content for the new channel almost certainly would need to include some rights under contract to Golf Channel through 2021. Without a Golf Channel buy-in, the tour would have to wait until that deal expires to gain access to those rights.

Industry executives note that the tour’s channel plan is helped by its recent alliance with the LPGA that calls for the tour to negotiate the LPGA’s domestic television rights. The LPGA’s current deal, signed in 2009, runs through 2019 with Golf Channel. Sources said those rights, combined with content from the tour-owned Champions and Web.com tours, would give the tour sufficient programming to explore creating its own channel. But those rights under contract to Golf Channel through 2021 would ultimately need to be part of the mix, too.

The report goes on to say that the Tour would face another hurdle in their hope to gain a foothold in cable distribution channels because the pulling of rights from Golf Channel would affect their relationship with Comcast, the largest cable company in America.

If this new PGA Tour Network comes to fruition, the question for other cable providers becomes whether Golf Channel is a sustainable option with no television rights to PGA Tour golf.

With Finchem stepping down and deputy commissioner Jay Monahan expected to take over the reigns of the Tour in early 2017, the television rights decision will be the biggest piece on his plate as he begins his stint as the PGA Tour’s next head man.