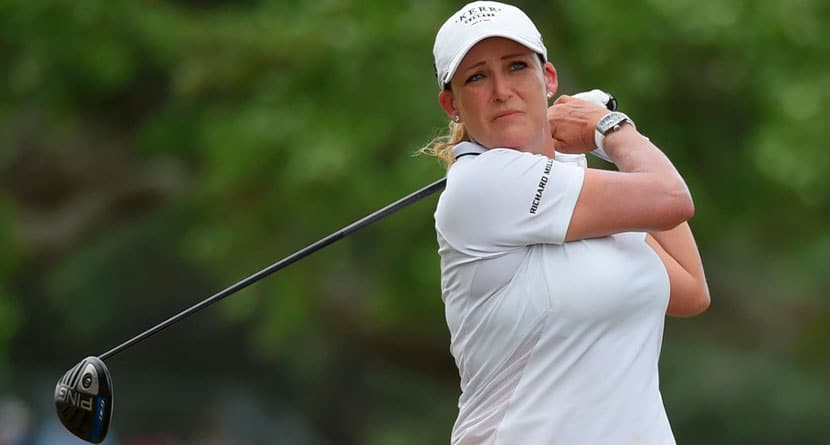 Two-time major champion Cristie Kerr and her caddie, Matt Gelczis, were rushed to a local Dallas-area hospital on Friday morning after a golf cart accident resulted in serious injuries.

Nichols spoke to Kerr’s husband, Erik Stevens, who confirmed that Kerr and Gelczis were involved in an accident early Friday morning in dark conditions at the Old American Golf Club where this week’s LPGA Tour event, the Volunteers of America Classic, was taking place.

Kerr shot a first-round 1-over par 72 in cold conditions on Thursday. The accident and subsequent trip to the emergency room forced Kerr to withdraw from the event prior to her second-round tee time.

Nichols reported that Kerr and Gelczis “spent several hours in the emergency room with multiple serious injuries” before being discharged later Friday afternoon. The extent of their injuries remains unknown.

It is not yet known whether Kerr, who has won 20 times on the LPGA Tour including the 2007 U.S. Women’s Open and the 2010 Women’s PGA Championship, will be able to compete this week in the U.S. Women’s Open, which kicks off on Thursday at Champions Golf Club in Houston.