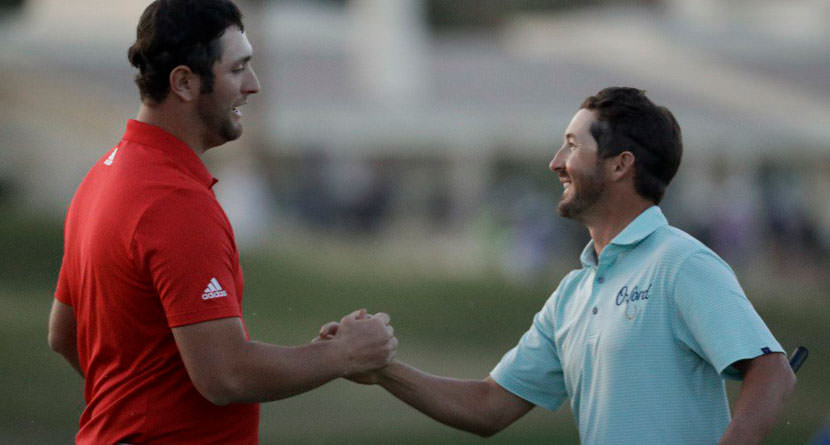 The chasm between old school and new school PGA Tour professionals and their on-course sensibilities has grown even wider in recent years. The buddy-buddy nature of some of today’s pros has become a polarizing issue not only among former pros, but fans as well.

We can count Curtis Strange into that group of older Tour pros who dislike the way the new breed interacts while competing. Strange took to Twitter on Sunday evening after watching the four-hole playoff between Jon Rahm and Andrew Landry at the CareerBuilder Challenge to voice his opinion on how the two interacted during the high-pressure situation.

Bill Speros of Golfweek.com tracked down Strange’s tweets and added some context.

Watching the PGA Tour playoff that took place Sunday between Jon Rahm and Andrew Landry, Strange was not impressed with the chatty contact between the two combatants. Rahm won it on the fourth playoff hole.

Still, Strange chose to let those following him on Twitter his thoughts on the close chatter between the two.

Watching Andrew Landry and Jon Rahm in playoff. Walking off tee talking to each other. Are you kidding me ? Talking at all. ?

The issue is I don’t want to make you a bit relaxed or comfortable. High pressure, good.

In spite of his silent treatment toward foes like Faldo back in the day, Strange comes off as engaging and informative when he does golf analysis on TV and was quite approachable during his playing days, as well.

Just another example of how some areas of sport change with the times.