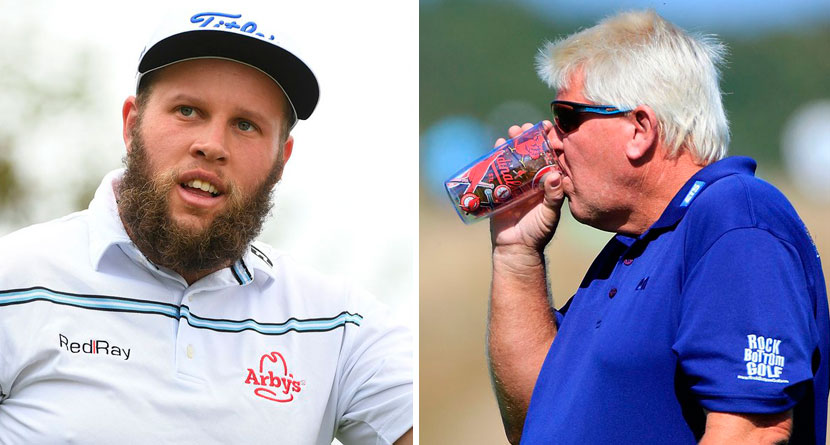 Tour pros, they’re just like us! Four professional Tour players are getting together to play an unofficial, fun round of golf that centers around three things every weekend hacker loves: birdies, beers and beef.

Spurred on by Australian Steven Bowditch and his buddy Boo Weekley, Bowditch challenged Andrew Johnston, better known as “Beef,” and a partner-to-be-named-later to The Greatest Game Ever Played 2.0.


When Beef first threw out Daly as a possible partner, the golfing world held its collective breath. It seemed too good to be true, but like the legend that he is, Daly came through with an amazing response.

I’m in @BeefGolf @MillerLite will b my sponsor u have @Arbys the DGA #drinkinggolfersassoc Board of Direc out of Arkansas will draw up rules https://t.co/oVOngu4oLu

Clearly, this is bound to be the biggest event of 2017, and the four organizers weren’t about to let the opportunity pass to help out some of their favorite charities.

Arby’s is in as well. This thing is going to be amazing.