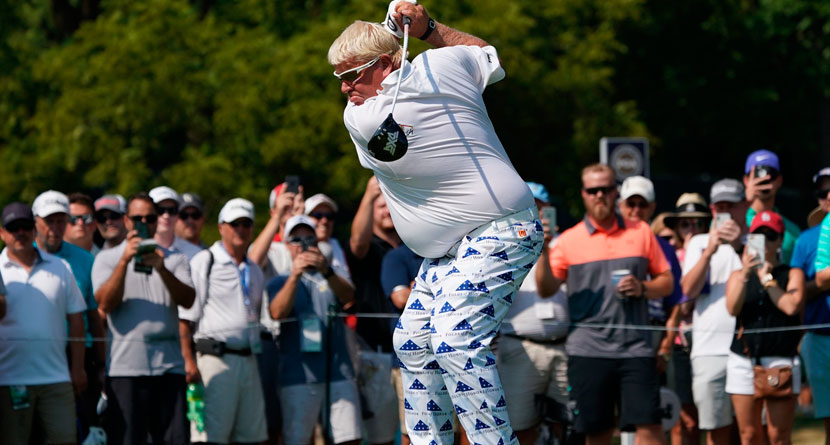 John Daly had one of the self-admitted craziest — and scariest — moments of his life over the July 4th holiday weekend when a spider bite infected his abdomen and required an ambulance to rush him into emergency surgery.

Daly, who recently was denied his request by the R&A to use a cart at next week’s Open Championship at Royal Portrush, posted to Twitter on Sunday evening about the event, which resulted in early sepsis caused by a bite from a brown recluse spider.

“My life chapter 84k: Craziest event!” Daly wrote. “Was in England last week and incurred a spider bite, not really knowing it. Fast forward to Friday, mouth/mouth, compressions and unknowingly now in an ambulance rushed to ER all while on family vacation and straight into surgery! Removing what developed into a major infection in my abdominal area and treated for early sepsis all from a brown recluse! Thank you staff (Nemacolin Woodlands and Uniontown Hospital). My caddie has now named me ‬#SpiderPro ??? #photoistoographic #GladtobeAlive #InSomeSeriousPain

Daly vowed a few days earlier to attempt to play through the pain that resulted from his longterm knee condition, but had a change of heart on Tuesday morning, officially withdrawing from the championship he won in 1995. Kevin Streelman replaced Daly as the first alternate.

John Daly WDs from The Open after the R&A denied his request for a cart at Royal Portrush. Kevin Streelman now in the field.

Subsequently, Daly has committed to play in the PGA Tour’s Barbasol Classic in Lexington, Kentucky, which runs concurrently with the Open Championship at Royal Portrush July 18-21.

BREAKING: John Daly will let it fly in the @BarbasolChamp .
‘Long John’ is coming to Lexington! HUGE news for golf fans in Kentucky.https://t.co/yJjfIZYrd3

Daly is expected to be allowed to use a cart at the Babarsol.