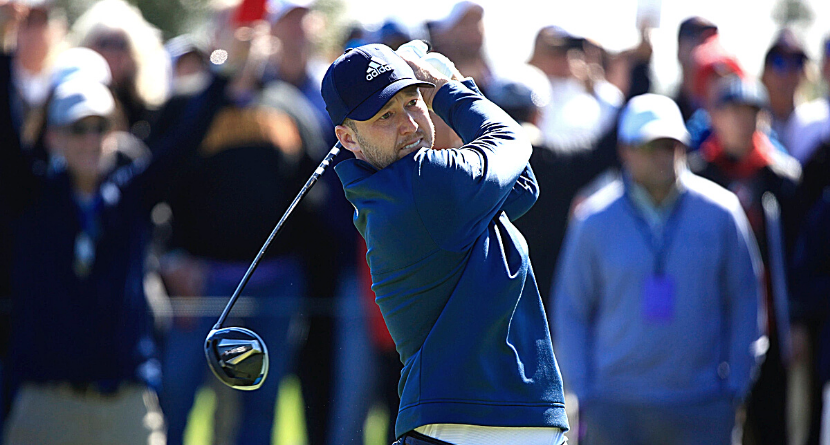 Daniel Berger’s aggressive approach into the 16th green at TPC Sawgrass veered sharply into the water hazard on a left-to-right trajectory, and that’s when the juiciest subplot of the Players Championship’s dramatic Monday finish began to unfold.

Berger readied himself for a drop where he believed his ball crossed into the penalty area, not far from the front of the green. That’s when his playing partners, Viktor Hovland and Joel Dahmen, took it upon themselves to “protect the field” with the biggest purse in PGA Tour history at stake.

Now, it should be noted that Hovland and Dahmen happen to be two of the Tour’s most affable personalities. But nonetheless, there was consensus between the two that Berger’s ball had crossed much further back, which would have left him with about 100 yards for his fourth shot.

Berger was adamant, based on the shape of the shot he had played, that the ball had started further left of the pin and therefore covered a larger swath of dry land on its descent, leading to this spicy exchange:

“If you were dropping all the way up there it would have had to cut 20 yards,” Hovland said.

Watch below to see the discussion in full:

Obviously really hard to tell from any camera angle, but here’s Berger’s shot.

Certainly looks like, at minimum, Berger has a decent case here? pic.twitter.com/yhPqm98Dle

Is anybody right here?

After the round, it appeared cooler heads had prevailed. Berger called the drop “the right decision.” Hovland held firm but made it clear the self-policing that occurred was not malicious.

“We try to keep it professional,” Hovland said. “It’s not like we’re trying to dog on Daniel and trying to screw him over. It’s just, that’s what we believe, and he obviously felt strongly the other way.”