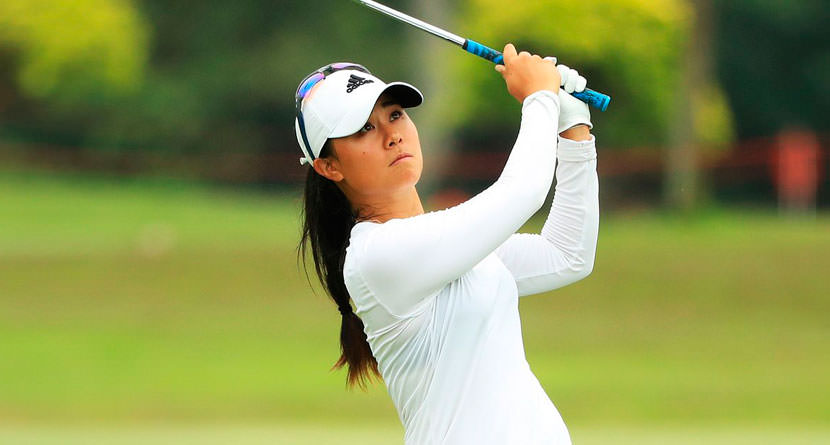 Golfers have a way of producing bizarre injuries.

Two of the more memorable injuries happened to a pair of major champions, most recently Louis Oosthuizen and most infamously Tiger Woods.

Louis injury occurred late last year when traveling through to South Africa for a European Tour stop and he jammed two fingers better luggage carts. Tiger’s bizarre run-in came a few years ago when attending a downhill ski race of then-girlfriend Lindsey Vonn and a cameraman clipped him causing his front tooth to go MIA.

GolfDigest.com’s Keely Levins had more on how Danielle Kang joined that (un)distinguished group earlier this week.

Danielle Kang had a very strange morning before she teed off for the first round of the HSBC Women’s World Championship in Singapore. Kang said that she was stretching, fell asleep mid-stretch, and somehow broke a tooth in the process.

“I broke my tooth,” said Kang in her post-round interview. “I didn’t know what was going on. I was stretching out on the floor and next thing I know, I slept 30 minutes.”

The odd situation didn’t seem to have an effect on her game. Kang called a dentist while on the range and then went out and shot 68. She’s tied for fourth, three shots behind Jennifer Song.

“It was a very solid round overall today,” said Kang. “Had a little drama this morning but had a bogey-free day and it was very — it felt like easy golf, which that’s what you want every day.”