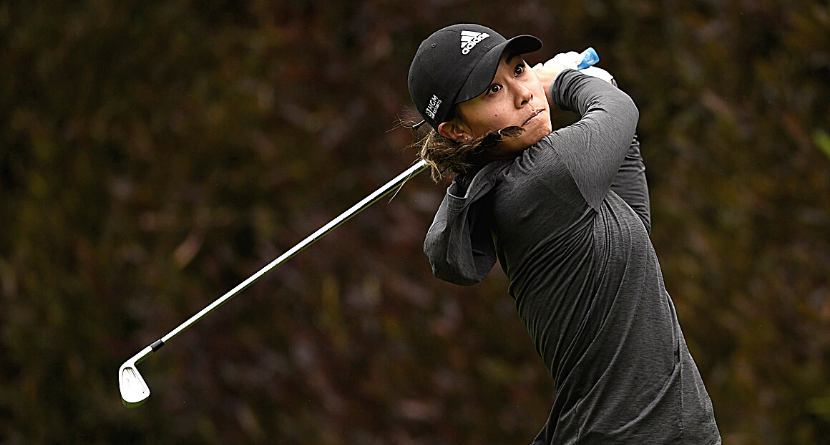 The next time you find yourself spraying approach after approach anywhere but on the green, try this excuse out on your playing partners: I’m getting my short game in shape for a major championship.

You’d be mocked mercilessly for the rest of your round. But it doesn’t sound quite so ridiculous when a tour pro gives that explanation, as Danielle Kang did last week.

The six-time LPGA Tour winner said that in the lead-up to the Chevron Championship, she was indeed misfiring on purpose to sharpen her wedge game for the season’s first major. And can you really question the logic of a player who’s previously bagged one of those?

“You can’t really recreate what you feel in a competition unless you’re in competition. It’s always a work in progress. That’s the beauty of golf.”@daniellekang continues the pursuit of comfort in her game at the @Chevron_Golf.

Still, one wonders why she wouldn’t just employ that strategy in rounds that don’t count.

“I have to figure it out eventually, so I have to keep chipping in a tournament scenario when I have to make an up and down,” Kang said. “You can’t really recreate what you feel in a competition unless you’re in competition. … I’m just trying to mishit and fail and see if I can recover the best that I can.”

If GIR is typically the desired outcome, we need a new stat to account for Kang’s unique strategy. GMOP? (green missed on purpose.) GAG? (Green avoided gregariously.) We’ll keep working on it.