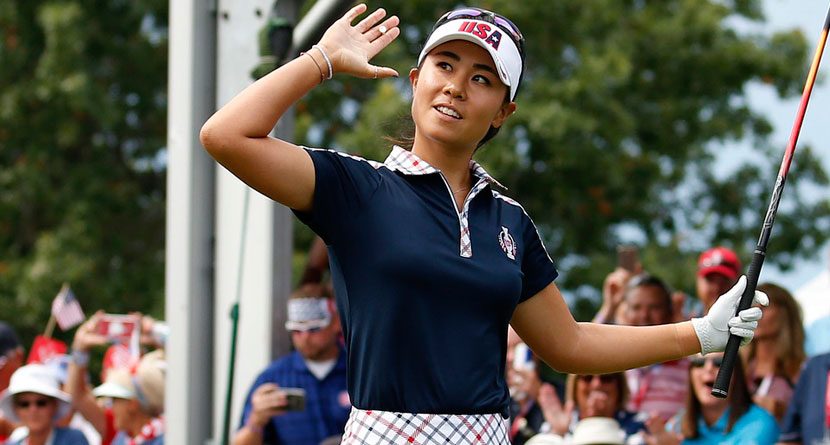 This week’s Solheim Cup is a chance for the best women golfers in the world to experience something totally different than what they deal with on a weekly basis on the LPGA and Ladies European Tour, and Danielle Kang, for one, is looking forward to it.

Speaking with Golf.com’s Drop Zone Podcast in an episode released on Tuesday, the 26-year-old California native didn’t hold back when asked why she enjoys the team environment and match play format of the Solheim Cup.

“So now you’re trying to take souls, you know? You’re going there to make people cry at this point, just crush the other team. That’s the fun of it. We don’t ever get to do that. We’re always alone. We’re always by ourselves, playing for us and our caddie and our own little team.

“To have another person to understand what you feel when you hit a bad shot and to do it together, I just think that’s pretty incredible.”

Kang’s soul-snatching comments made waves among the British press as did Kang’s ill-fated joke about being booed by Scottish fans this week at Gleneagles.

What is for certain is that Kang and her American teammates will need to overcome some bulletin board material of their own doing on Friday as they compete for their third consecutive Solheim Cup victory under captain Juli Inkster.