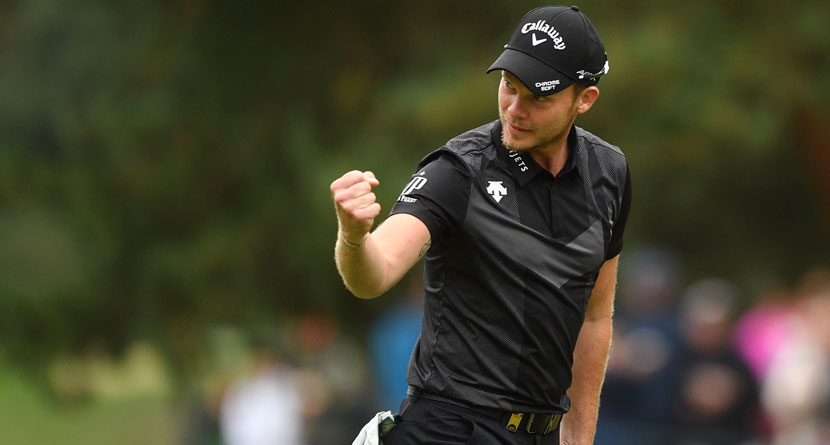 With no disrespect to The Sanderson Farms Championship and first-time winner Sebastian Munoz, the European Tour’s BMW PGA Championship was the biggest event in golf this past week.

Given the heavy hitters in the field, eventual winner Danny Willett came out of relative obscurity to claim his second worldwide title since winning the 2016 Masters three years ago. Having lost his game amid the aftermath of his victory at Augusta National, falling as low as 456th in the world rankings, Willett clawed his way back inside the top-100 in the last 12 months.

Entering the final round at Wentworth tied for the 54-hole lead with Rahm, Willett birdied two of the first three holes to jump out in front of Rahm. He added two more birdies on the par-4 7th and par-3 10th before what Rahm described as the key moment of the day.

Willett pulled his drive on the par-4 left into the trees and when his recovery attempt clipped a tree, he found a thick lie in the Wentworth rough. Chopping it out, Willett injured his right wrist.

With his wrist still bothering him, Willett rolled in a 45-footer for bogey before Rahm had a chance to hit his birdie putt that would have tied the lead. Instead of a likely two, or even three-shot swing, Rahm only was able to pick up a single stroke.

With momentum on his side, Willett played mistake-free golf the rest of the way in, birdieing the last two holes to open up a three-shot margin.

“The comeback for me wasn’t complete when I won. It was complete for me when I didn’t have to lie on a physio bed for two hours a day. When I stood on a tee box and didn’t have all sorts of things going on in my head and this and that,” Willett smiled. “The comeback happened a long time before I won, within myself.”