Willett’s Assessment of the 18 Mos. Since Augusta 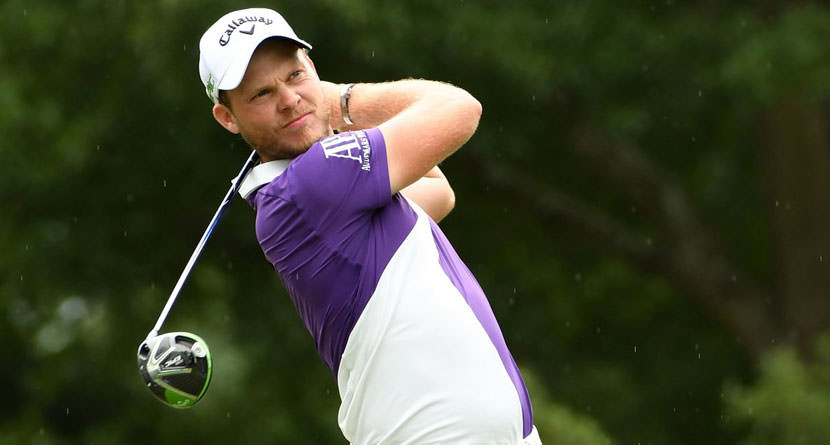 Danny Willett’s journey from relative obscurity to Masters Champion to the butt of a joke has played out in the past 18 months on an international stage.

What’s gone on behind the scenes in Willett’s life during the whirlwind year and a half could make any person want to stay under the covers, but as his 2017 schedule wraps up, Willett is ready to return to prominence.

An honest review of my last 18 months… https://t.co/EUJWbIp8uv

The 30-year-old Englishman detailed his tumultuous recent past in a 3,000-word Player Blog post on the Europen Tour’s website. Here are some of the highlights of the Masters Champ’s behind-the-scenes brutally honest self-assessment.

Before Augusta, I was a good, but ‘normal’ Tour pro. I was able to go about my business during the week, getting a practice round in, do my work and just prepare quietly for each week. After the Masters, every time I went to the range, every time I was on a putting green or in a practice round, there were cameras on you and everything’s being filmed and recorded. That magnifies everything to the nth degree. People that know me, know that I wear my heart on my sleeve and if I’m having a bad day on the course, I’ll show it and if I’m playing well and everything’s great in the world, you can tell. That’s just who I am. When the spotlight was on me constantly, I felt I had to dull that side of me down a little. It’s much harder to show some of that emotion, good or bad, when everyone’s eyes are on you.

Seeing how the media has told my story has been tough too. You try not to the read bits and bobs that are written about you, but it’s hard as you want to try and learn all you can. It’s great when things are going well but it’s difficult to read things when you’re not playing well. But the truth is very few people know the sacrifices I make to try and be the best golfer I can be. They don’t know that I’ll get up at 5.00am to get some practice in or hit the gym before my son wakes up at 6.30 and I need to help my wife with him. They don’t know that I’m still working my nuts off in the gym and on the range only to go out and shoot a 75. They think I should be able to shoot 72 just showing up for my tee time in the afternoon but it’s not that easy and there’s so much that goes on, behind-the-scenes, to get you to that first tee that it’s often easy just to rank or rate a player’s round based on the score they shoot but that’s not always how players view their craft.

Golf is a strange sport. When you’re playing well, it seems very easy but when you’re struggling it feels like all the time on the range makes no difference out on the course. That can be a hard challenge to deal with mentally, especially when you’re traveling week-to-week trying to find that form against some of the best players and toughest courses in the world. That being said I’m very lucky to have friends and family off the course that do what they can to keep me on that path to success and help put things in perspective.

There’s been quite a few low points over the last few months. At the end of 2016, I was in contention in the Race to Dubai and I just didn’t want to play golf. Think about that. It’s utterly ridiculous. I had entered the HSBC Champions in China, Turkey, Nedbank and Dubai – four of the biggest tournaments of the year – and I didn’t want to play. I just didn’t feel good enough to compete.

So I had a few options. I could withdraw and pass up the chance to play in those events and a chance to win the Race to Dubai or I could play and work my butt off to try and find some form. It was hard and I didn’t play great but I finished 11th at Nedbank and ultimately finished runner-up in the Race to Dubai, for the second straight year.

After I had finished in Dubai, I just wanted to put the clubs away and take time off. I needed time off. However, earlier in the year I had committed to playing in Hong Kong two weeks after Dubai. People don’t realise just how golfer’s schedules are created and you often commit to events months ahead of time, when you’re playing well, then turn up six months later as a completely different golfer. When you win events and win Majors, sponsors and events want to sign you and up and announce that you’re coming to play. You feel an obligation to then show up and put on a show.

Willett goes on to talk about his struggles in 2017, his decision to make a bold change in coaches, the Ryder Cup and what lies ahead. For anyone interested in a peek behind the elite professional curtain, it’s a must-read.