Willett’s Ex-Caddie: Tired of Being a “Scapegoat” 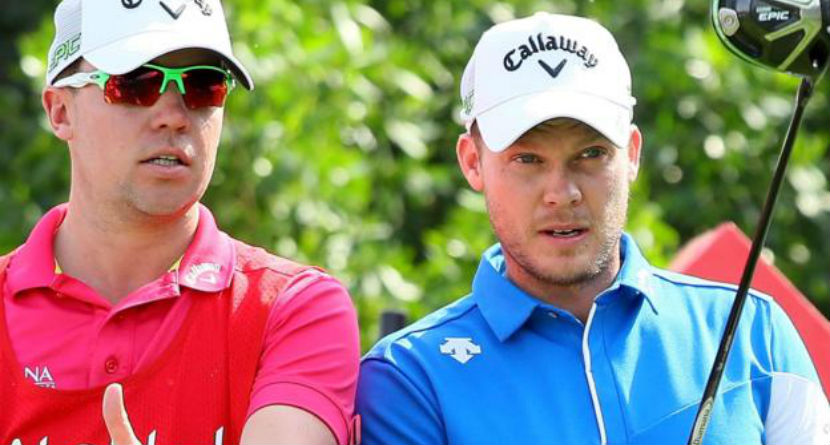 Player and caddie relationships can be complicated, especially when they come to an abrupt end. Normally it’s the professional who sends the caddie packing, however in extremely rare cases it is the other way around. 2016 Masters Champion Danny Willett found himself in this very predicament after his longtime caddie and friend Jonathan Smart, decided to call it quits on the major winner after feeling like the “scapegoat when things went wrong.”

Jonathan Smart, who was on Willett’s bag when he shocked the golfing world with his Augusta triumph 13 months ago, walked out on the golfer after a blazing tournament fight.

Willett accused Smart of giving him a bad yardage at the RBC Heritage event in South Carolina last month, the week after he missed the cut trying to defend his Masters title.

.@Danny_Willett confirms caddie Jon Smart quit after 1st rd at Heritage. Has friend on the bag this week but seeking long-term replacement.

Smart responded by saying he was fed up with being a constant scapegoat when things went wrong on the course. He packed his bags after the first round of the Heritage and flew home to England, forcing Willett to turn to a member of his management team to caddie. Their rift is even more surprising as they have been pals since they were 13.

Willett will have another boyhood friend on his bag at Sawgrass this week: Sam Haywood, who was best man at his wedding four years ago.

As it turns out, Willett withdrew from the Players Championship on Friday citing a bad back. He was 11-over after 27 holes.

Not good to have to withdraw but swinging very poorly is putting a lot of unwanted strain on the back.. body and mind need a rest!! ???