Feherty The Latest To Take Reed To Task 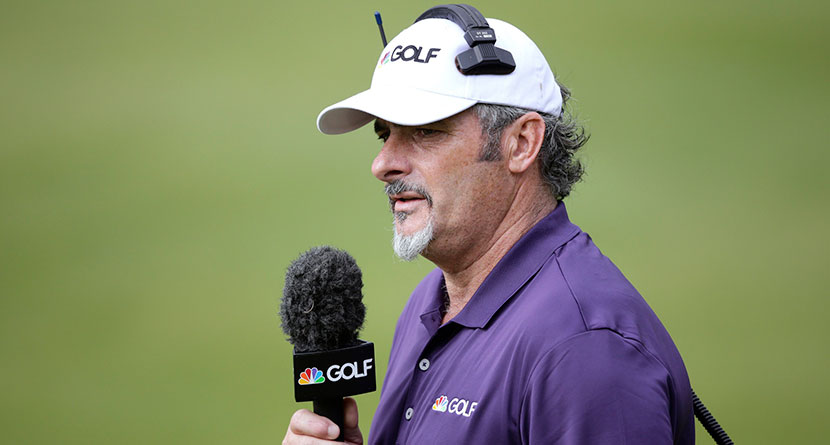 David Feherty is one of the most popular and entertaining characters in all of golf, so when he was asked over the weekend about his thoughts on Patrick Reed, perhaps golf’s most controversial current player, golf fans were undoubtedly going to take notice.

While conventional knowledge would lead you to believe that Feherty, who was making the media rounds to promote his eponymous Golf Channel television show and currently works for NBC Sports as an analyst, would tip-toe around the napalm that is Reed’s reputation. Instead, Feherty fat-footed himself right into the mix.

“Jesus. You can put that in there actually. Just Jesus,” Feherty began when asked by Sports Illustrated’s Ryan Assleta to give one sentence about Reed. “I mean, I don’t even know what to say. It’s just, it’s going to follow him for the rest of his life.”


Following up, Assleta asked Feherty given Reed’s rules violation in the Bahamas, his unapologetic aftermath, and recent victory at the WGC-Mexico Championship last week, is Reed the most polarizing figure in golf today?

“I’m not even sure that he’s polarizing. I’m not sure there’s too many people on the other side, you know what I mean?” Feherty responded. “I mean, ‘there is no God’ was the first thing I said after he’d won last week. There is no God, you know, that’s proof of it right there. Amazing. I mean, he is amazing. He’s Captain Oblivious, just can let everything run off his back. I’ve never seen anything like it.”

Feherty becomes the latest in a line of high-profile personalities to speak bluntly about Reed. Most notably, World No. 3 Brooks Koepka and former CBS Sports analyst Peter Kostis spoke about Reed’s rules run-in.

Koepka said he believed Reed was cheating by improving his lie during an interview with SiriusXM while Kostis told No Laying Up that he had witnessed Reed improve his lie as many as four times.

Feherty will be on the call for NBC Sports this week at the Arnold Palmer Invitational where Reed is in the field.