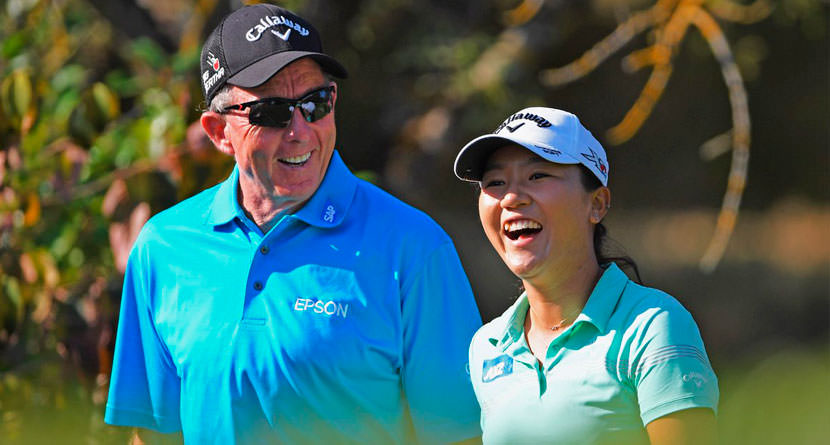 Lydia Ko’s precipitous fall from the top of the sport to a middling Tour pro has many analysts, fans and players scratching their head and wondering why. Ko’s career on the LPGA Tour began with incredible highs and expectations, however, more recently, a run of poor play has seen her drop from the No. 1 ranking in the world all the way down to her current spot of 18th.

In the last three years, Ko has changed her equipment, split up with two coaches and made numerous caddie changes. Seemingly, the only constant with Ko is change and one of her former coaches, David Leadbetter, wanted to put his side of the story out to the public.

The first LPGA major of 2018 starts tomorrow, and one of the biggest questions is: What’s up with Lydia Ko? I spent some time with her in the offseason, and wrote about how a legendary start (she won more than Tiger!) has hit some rough waters. https://t.co/WMDzbCDezH

In a story in ESPN The Magazine‘s April 23 issue, Leadbetter detailed to writer Kevin Van Valkenburg that he believed his split with Ko after three years was the result of bad advice from her father, among other reasons.

“Leadbetter found himself on the chopping block that December,” Van Valkenburg wrote. “Gil, Ko’s father, made it clear he didn’t like — aesthetically — what Leadbetter had done to her swing. Leadbetter sensed the move was coming but says it still stung. He’d lost players before, but never when they were still playing relatively well. Ko, according to someone close to her, was interested in still working with Hogan, the Leadbetter Golf Academy’s director of instruction, but wanted to move away from the A-Swing. Leadbetter disagreed. The two sides felt it best to part. Leadbetter insists he has no ax to grind with the Kos; he merely hopes she can someday do what Wie did: break away from her parents enough to take control of her own career.

‘They feel like they know her best, know her moods,’ Leadbetter says. ‘They’re right, they know her. But there is no way she made these changes on her own. There is absolutely no way. Whatever she says, ‘I’m making my own decisions now,’ that’s baloney. They were made for her.'”

Leadbetter doubled down on his feelings for their split, which even two years down the road, still seems to be a point of contention.

“She had a very busy schedule in 2016, including the Rio Olympics,” Leadbetter wrote on his website last week. “Unfortunately, in our opinion, Lydia’s schedule was such that a lot of fatigue and tiredness had set in. Somehow through it all, she managed to win a silver medal, despite the fact that she was physically and mentally exhausted – a classic symptom of burnout. Having mustered every bit of energy she could to win her medal, the last quarter of the year was pretty much a write-off.

“Along with all of this, her father, a non-accomplished golfer, heard rumors that she needed to change her swing and made suggestions to Lydia to change it – independently of her coaches. Sean Hogan traveled with her to the LPGA KEB HanaBank Championship during the last part of the season and observed Lydia being very confused [with her swing].”

There have been many stories circulating about the state of Lydia Ko’s game. Many people have asked me my opinion on the matter, so here it is. https://t.co/NMESDzcDAz

Leadbetter went on to say that they were able to ascertain through testing that Ko had lost 20% of her energy output in her swing, which further solidified his opinion that Ko’s main issue at the end of 2016 was fatigue and not swing problems. Still, Leadbetter found his head on the chopping block.

Ko worked with Gary Gilchrist for a year before announcing in early 2018 that she would be moving on to work with Ted Oh.