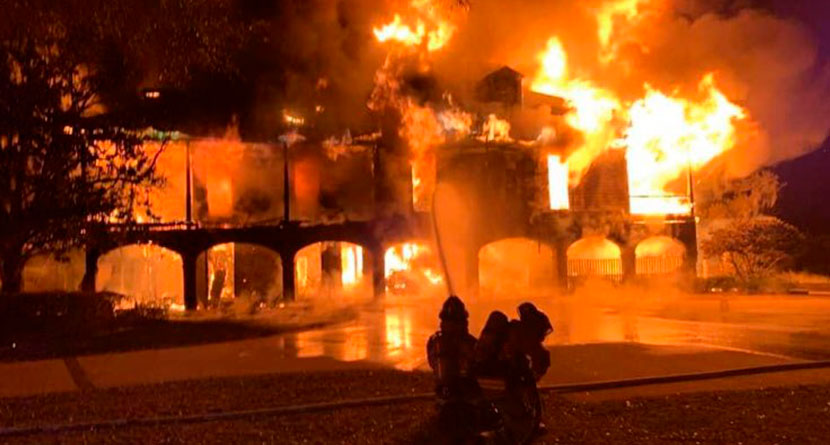 The primary residence of 21-time PGA Tour winner and former Ryder Cup captain Davis Love III was destroyed by a fire on Friday morning. Love III and his wife, Robin, were the only people at the home at the time of the fire and both were able to evacuate safely.

“On Friday, March 27, our family home was destroyed by an early morning fire,” Love III wrote in a post on social media. “While everyone in our family is saddened by the loss of our home that was filled with so much laughter and incredible memories, we’re very blessed that everyone is safe and unharmed.”

Love III told Golf.com that he suffered some smoke inhalation, but he and his family are fine.

Another look at the fire fight at Davis Love III’s SSI Home this morning. Amazing no one was injured. This video from the Glynn Co fire rescue. @FCN2go pic.twitter.com/BWrwb5LRCm

“We’re very thankful to the first responders who made a valiant effort to save our home, and we’re keeping things in perspective as people across our community and around the world are struggling with the current unprecedented health crisis.”

“We’ve been proud members of the St. Simons Island/Sea Island community for many years and will continue to be for many more,” Love III said. We appreciate all your thoughts and prayers and your respect for our privacy.”

According to Realtor.com, the property, known as Sinclair Farms, includes a 10,253-square-foot residence and a 3,360-square-foot horse barn and stables. The Plantation-style residence was designed by architect Lamar Webb and built by Doug Lane.