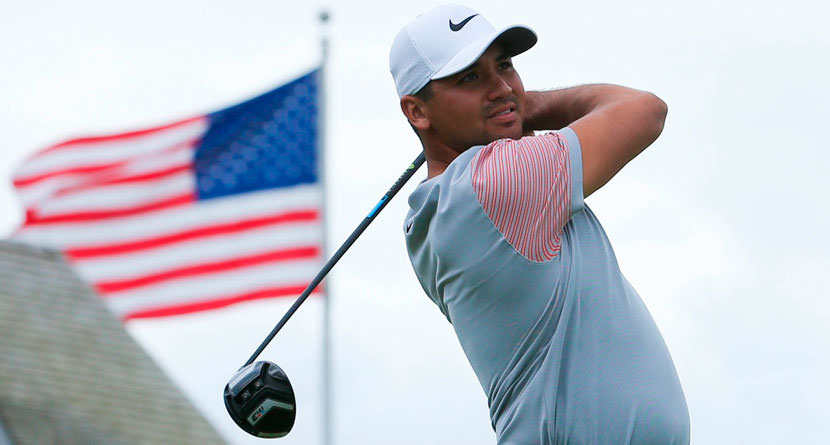 Despite failing to advance to the weekend at the U.S. Open, World No. 9 Jason Day kept a close eye on the goings-on at Shinnecock Hills on Saturday and Sunday, coming away “disappointed” in both the USGA and Phil Mickelson.

Jason Day on USGA's decision to penalize but not DQ Phil over the putt slap heard 'round Shinnecock: "They probably should have enforced a different outcome for Phil."

Speaking ahead of this week’s Travelers Championship in Hartford, Connecticut, Day gave his thoughts on the questionable course setup on Saturday and Sunday as well as the rules controversy Phil Mickelson incited when he hit a moving ball during his third round.

“It’s obviously disappointing to see what Phil did,” Day said, according to GolfChannel.com’s Will Gray. “I think a lot of people have mixed reviews about what he did.

‘It’s just unfortunate that it happened at the USGA’s tournament, where they enforce the rules, like the R&A. And I think they probably should have enforced a different outcome for Phil. But it is what it is. It’s done. It’s just disappointing that that is overshadowing the winner of the whole week. I think if they had it back again, they may have chosen a different outcome.”

Speaking about the setup, Day also had some interesting things to say.

“It’s more the course, about how they set it up,” Day said. “Saturday it was like two different golf courses, practically, on the greens Saturday versus Sunday. I just wish they would leave it alone and just let it go. Not saying to let the greens go and let them dry out and make it unfair, I’m just saying plan accordingly and hopefully whatever the score finishes, it finishes, whether it’s under par or over par.”

Day’s main gripe was that whether it was the Mickelson controversy or the debate over the course setup, both overshadowed the play of eventual champion Brooks Koepka.