DeChambeau Gives Very Technical Explanation of His Back Injury 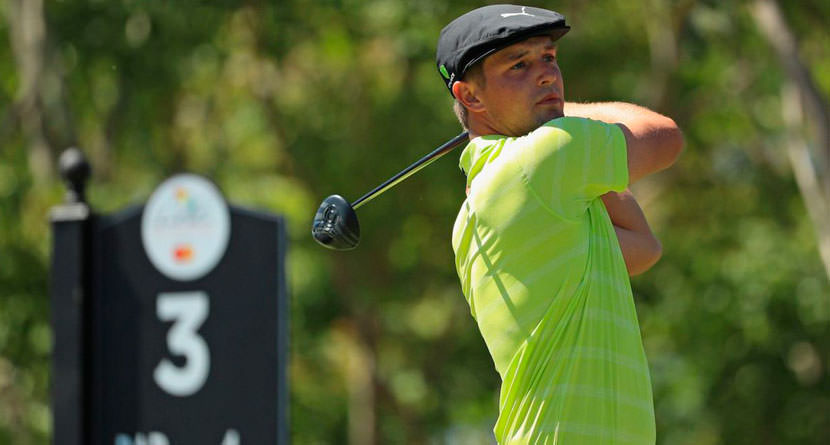 No one has ever accused Bryson DeChambeau of being bland. The 24-year-old Southern Methodist University product has played to the beat of his own drum for years.

The former U.S. Amateur and NCAA Individual Champion has a distinct way of going about things, which is largely based off of data and science. Every one of his irons is the same length as a 7-iron, which he believes allows him to utilize a repeatable swing throughout his bag; he soaks his golf balls in Epsom salt to determine their centers of gravity before putting one in play; and he majored in physics in college, not exactly the normal route for an elite-level amateur.

Over the weekend at the Arnold Palmer Invitational, Bryson proved that it’s not just his equipment that he’s extremely technical about. He explained the reasons behind a back injury that forced him to withdraw from last week’s Valspar Championship in a way that would make a doctor blush.

“Well it was the QL and that really got inflamed for me,” he explained in his post-round press conference. “It was because my quadratus lumborum wasn’t working, my iliacus, longissimus thoracis, they were all kind of overworking, if you want to get technical on that. But they weren’t working very well and I overworked them.

“Pretty much my lower right back was hurting and I rested it. How about that?”

On Sunday, needing to force the issue to chase down Rory McIlroy, DeChambeau was overheard on the broadcast attempting to discern the air density to figure out the perfect yardage to select a club on the par-3 17th.

It’s pretty clear Bryson might be playing on a different wavelength than pretty much anyone else in the game.