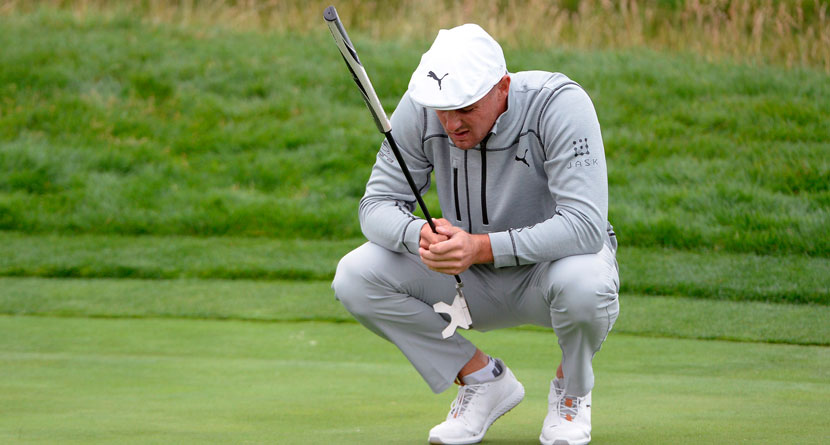 Pace of play in golf, in general, and in the professional game, in particular, has long been a topic of conversation and a point of contention.

While there are general assumptions made about who’s fast, who’s slow and who’s average, Andy Johnson of The Fried Egg put some data behind those well-worn assumptions two weeks ago at The U.S. Open.

It’s Johnson’s belief that the ability to assess a situation, decipher the lie and conditions and play in a quick manner was a skill that is being robbed from players as their peers take significantly longer amounts of time to come to similar conclusions.

How long does it take Tour players to hit a shot? Is playing fast a skill? These are the questions @the_woke_yolk dives into from his experiment at the 2019 U.S. Open. https://t.co/gR5eJOkqOu

According to the Rules of Golf, Rule 5.6 recommends that “a player should make a stroke in no more than 40 seconds (and usually in less time) after the player is able to play without interference or distraction.” Given this baseline, Johnson timed each players’ shot when they went first, second or third at a given place — off the tee, approach shot, chip and putt — to come up with an average.

Here are Johnson’s findings. (1* signifies shots for which a player was first in the order but had to wait on the group ahead or called for a ruling.) By most metrics, Kisner is an ideal professional golfer. When he plays first, he’s calculating but relatively quick. When he plays second or third, he’s done his work while his playing partners are preparing. Similarly, Thomas is a decisive and quick player off the tee and hitting approach shots, but slows a bit when he gets around the greens.

DeChambeau’s chart is littered with red times. Slightly slower than his playing partners off the tee, DeChambeau’s numbers skyrocket when he’s playing first and going through his assessments. Around and on the greens, DeChambeau routinely consults a green-reading book, which undoubtedly slows down play.

When you take the averages of all three players, you find that DeChambeau plays his shots 20-30 seconds slower than Kisner and Thomas, which extrapolated over the course of 70 shots results in 20-30 minutes longer rounds.