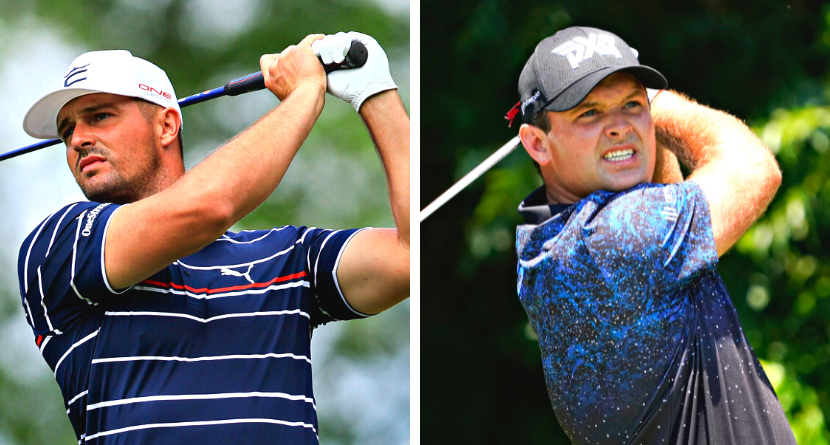 Bryson DeChambeau and Patrick Reed check many of the same boxes. Both won major championships in their 20s. Both have had their share of run-ins with rules officials. And, perhaps most notably, both players have grating personalities, leading them to feud with their PGA Tour peers and raising valid concerns about whether their inclusion on American Ryder Cup squads would adversely impact team chemistry.

Now comes another link, one that could cement them as outcasts of their generation: the two polarizing players have signed multi-year pacts to play on Greg Norman’s rebel circuit — the LIV Golf Series — beginning with its first event on U.S. soil next month.

The Telegraph’s James Corrigan broke the news Wednesday, marking a stunning shift in DeChambeau’s stance toward the controversial startup. Just last week, the 28-year-old reaffirmed his allegiance to the Tour while making his first start since April wrist surgery at the Memorial.

“Bryson has always been an innovator,” his agent, Brett Falkoff, wrote in a text message published by the New York Post. “Having the opportunity to get in on the ground floor of something unique has always been intriguing to him. Professional golf as we know it is changing and it’s happening quickly.”

Perhaps Dustin Johnson’s departure, which was also precipitated by contradictory public statements, eased the burden for a fellow U.S. Open champion looking for a fresh start. However, through Falkoff, DeChambeau hasn’t divulged whether he plans to join Johnson in resigning his PGA Tour membership, which would disqualify him from participating in team events.

For his part, Reed — whose performance has slipped in recent seasons amid a series of equipment changes and rules-related scandals — still brings major championship pedigree and a bulldog mentality that has at times made him a must-see attraction. At last glance, the 31-year-old was ranked No. 36 in the world; he won the 2018 Masters and collected his ninth career Tour victory last January.

It’s too late to take part in the series’ $25 million kickoff event at London’s Centurion Club, but both players are expected to tee it up in Portland on July 3.

“I definitely see other top players watching on this week and wanting to be a part of it,” Poulter said. “There’s a huge investment coming into the game of golf and sport in general of which, you know, definitely other players will be looking in with interest this week, and I think they will want to come and see what it’s all about.

“The team format has always been something which most people have always gravitated to, and had their best time on the golf course. It is a vast sum of money, but it’s a great platform to be able to build the game of golf and give back at the same time.”