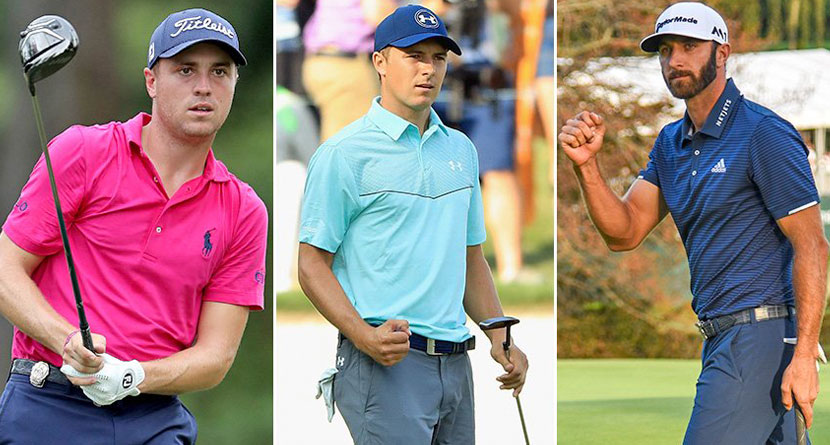 With only three events left on the 2016-17 PGA Tour schedule, only the top-100 players in the FedEx Cup standings are in Boston for the Dell Technologies Championship.

While there is plenty to still be sorted over the next three tournaments, you can catch the early-round drama exclusively on PGA TOUR LIVE, which will have coverage beginning early Friday morning.

The Dell Technologies Championship runs from Friday through Monday, finishing on Labor Day. The top-6 players are guarnateed to be featured during PGA TOUR LIVE‘s coverage window over the first two days of the event, but the second Featured Group for Friday and Saturday will be decided by a fan vote.

History is on their side this week.https://t.co/2USX78ns74

The first two days of the Dell Technologies Championship will be live streamed on PGA TOUR LIVE beginning at 8:30 a.m. EST, giving subscribers 10 hours of live golf that otherwise would go unseen.

Through the Tour’s partnership with Twitter, the first hour-plus of the PGA TOUR LIVE broadcast can be seen for free. You can vote who you would like to see in Friday’s second Featured Group below.

You decide the second group.

PGATL will move to Featured Hole coverage on Friday and Saturday at 3 p.m. Featured Hole Coverage will consist of the 16th (Par-3) and 18th (Par-5) holes.

On Sunday and Monday, PGATL’s broadcast will begin at 8:30 a.m. ET with Featured Group and Featured Hole coverage to be determined later this week.

Last year’s second leg of the FedEx Cup Playoffs – then known as the Deutsche Bank Championship – was won by Rory McIlroy. McIlroy’s one-shot win over Henrik Stenson began his run to become the 2016 FedEx Cup Champion.